When it comes to Xbox Series X and Xbox Series S games, be it for the die hard fan, your fun loving little cousins and everyone in between, there is a game for everyone. Without further ado, here are the Top 3 Xbox Series X games for 2022. A Plague Tale: Requiem reunites fans of the series with Amicia and Hugo de Rune and takes you on an emotional and visually stunning journey. The game is designed for long-time fans and newcomers alike and continues the heartrending story of Amicia and Hugo.

Venture to the south of 14th century France and beyond, setting sail for a mysterious island in the Mediterranean Sea. Brave a terrible fate, looking for the cure to heal Hugo’s illness, and discover the cost of saving those you love in a desperate struggle for survival within a dark, plague-ridden medieval world twisted by otherworldly forces.

This new chapter stays true to the series’ defining sense of history and strong narrative direction, with expanded gameplay possibilities giving you extra freedom with a more open environment. You can choose to strike from the shadows or use Amicia’s new resources—including alchemy to manipulate fire and the long-distance power of the crossbow. Or, her cunning use of terrain and ability to wrestle out of an enemy’s grasp.

Get A Plague Tale: Requiem for Xbox Series X|S Persona 5 Royal is an evolution of a near-perfect game and turns it on its head by adding everything you may not even know you needed. It’s almost like taking a masterpiece and—with a few swift brush strokes—adding a whole new layer of complexity. All this while keeping its original brilliance intact.

The result is something familiar, yet somehow also entirely new. Here are a few of the things that make Persona 5 Royal so special. It’s the perfect balance of story, student life simulator, and epic turn-based fantasy battles. With every turn Persona 5 Royal expands on the original in new ways.

Despite being a mammoth-sized RPG to begin with, Royal still somehow manages to incorporate new and exciting features all along the way. It’s never boring, even when replaying the core of the game again—and not for the first time, either. If you’ve never had the pleasure of playing the original, then this game should be at the top of your list of games to tackle. Those who have should be equally as excited to discover everything that Royal has in store. Former PlayStation exclusive Deathloop makes it way on to Xbox Series X|S from Arkane Studios. Deathloop is the developer’s latest foray into the “shoot em’ up” action, using lessons from the past to create a stellar, mind-bending experience. Everything about the game is expertly crafted, from the gameplay, storytelling to time looping.

In Deathloop’s main story you play as Cole Vahn, an assassin stuck in an infinite time loop on a mysterious island. To stop the cycle, Cole must eliminate eight targets called “Visionaries” before the clock strikes midnight. If one is left alive, or Cole is killed, the entire day “resets” and it starts all over again.

Deathloop offers a unique approach to the FPS genre and the gameplay is silky smooth letting you interact with Arkane’s dazzling universe in fun and engaging ways. Deathloop brings together so many mechanics that wouldn’t usually mix is a true testament to developer’s pedigree and skill. Breakaway from the usual FPS fare and step into the loop, you’ll be glad you did! It’s clear to see, regardless of your age or gaming preference both Xbox Series X and Xbox Series S have games for everyone. Let me know what your top 3 Xbox Series X games for 2022 are in the comments section below. 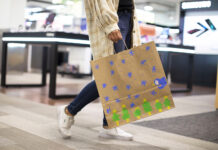