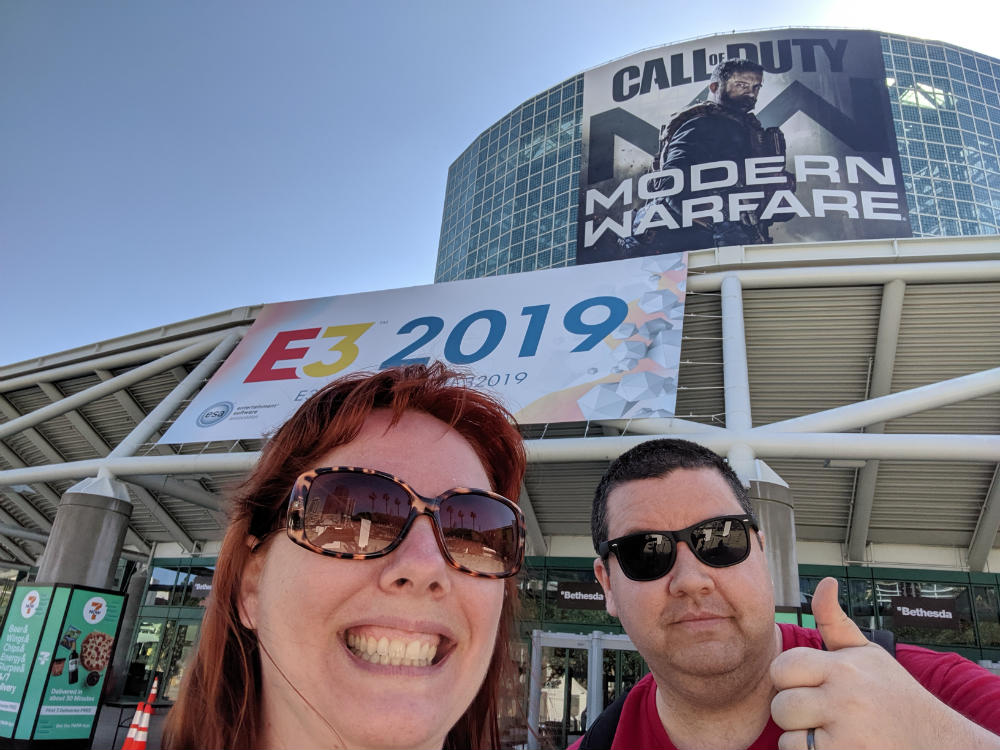 This week, tens of thousands of gamers from across the world are making their way to Los Angeles for E3 2019. And, although E3 2019 doesn’t officially start until Tuesday June 11, preparations for the event have already begun.

After having seen pictures surface last week of a partially complete Doom Eternal mural near the convention center, I had to go check it out for myself. As you can see below, it is now complete and is massive! I’m now more ready then ever to learn more about Doom Eternal and get my hands on it later in the week. 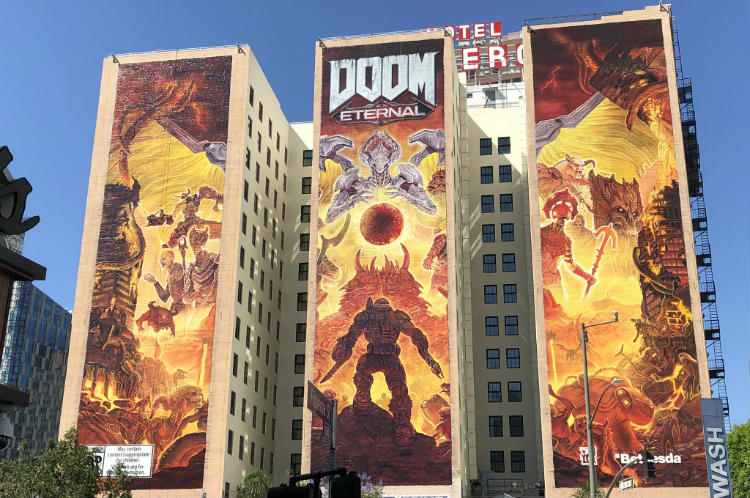 Gearbox Software’s Borderlands 3 launches this September, and will be on the show floor this week. This huge mural on the side of one of the hotels by the convention center is beautiful. I can hardly wait until September comes around to plays as one of the four new Vault Hunters and blast my way through new worlds and enemies. 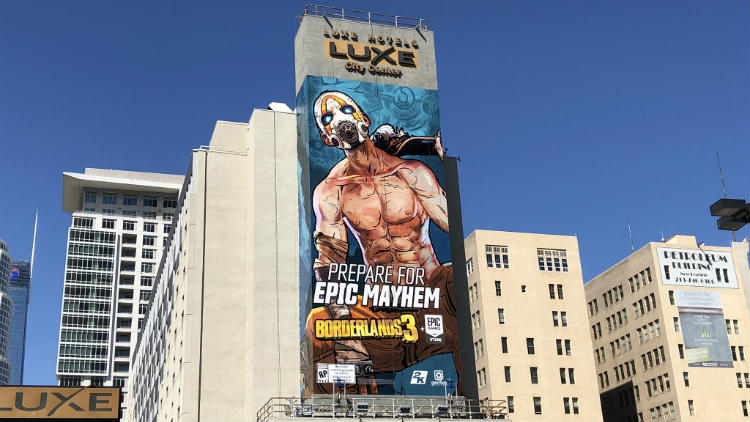 In early 2017, Square Enix teased a Marvel Superheroes game known as The Avengers Project. And, just a week or two ago it was confirmed that Square Enix will be revealing this long-awaited game during their press conference. As you can see by the banner hanging up, the game is coming to PlayStation 4, Xbox One, PC, and previously unannounced Stadia. I’m excited to find more out about this game and possibly go hands-on with it. 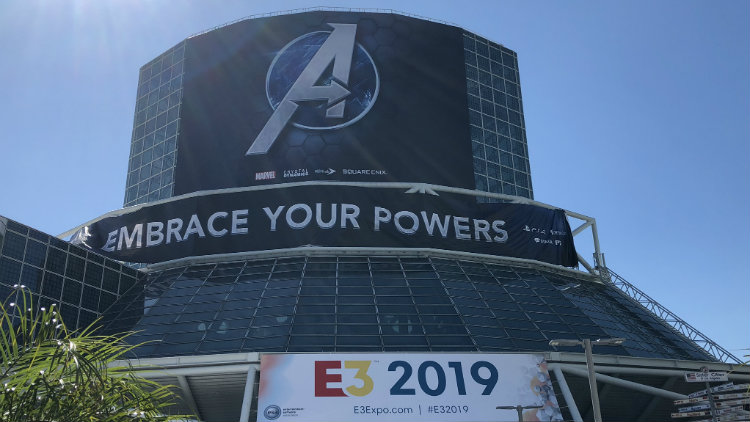 Cyberpunk 2077 was revealed last year by CD PROJEKT RED, creators of The Witcher series of games. The studio’s upcoming futuristic RPG was impressive to say the least. Although, fans were left wanting more. This year CD PROJEKT RED is back at E3 and they brought Cyberpunk 2077 with them. What’s interesting is that based on this banner, it looks like Warner Bros. Interactive Entertainment will be publishing the game. 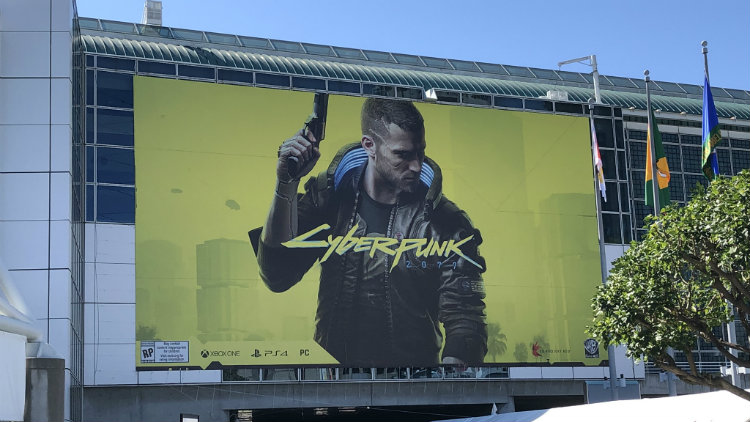 The most talked about loved series in Call of Duty is making its return this October. Call of Duty: Modern Warfare is a new game reimagined from the ground-up. This new game has a unified narrative experience featuring an epic single-player story. I’m really looking forward to seeing how this all unfolds. 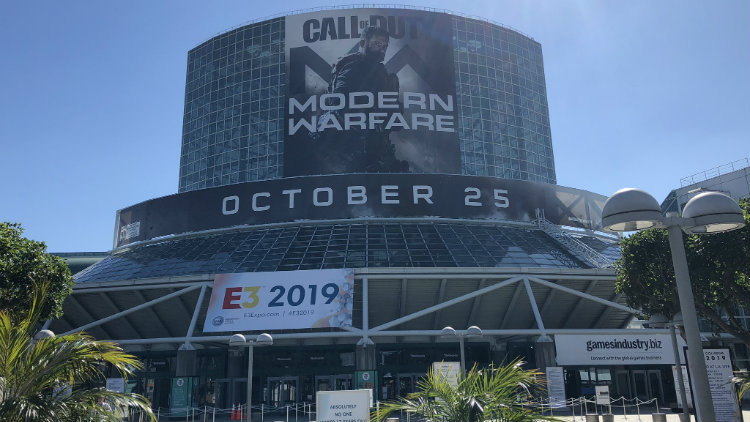 The next entry in the epic Gears of War franchise is coming this fall. I saw Gears 5 ads in multiple different spots by the convention center, so this looks like it is going to be Xbox’s big game this fall. This game features 4K resolution with HDR and 60 frames per second. Looking forward to learning more about this tomorrow at the Xbox E3 2019 Briefing and then going hands-on later in the week. 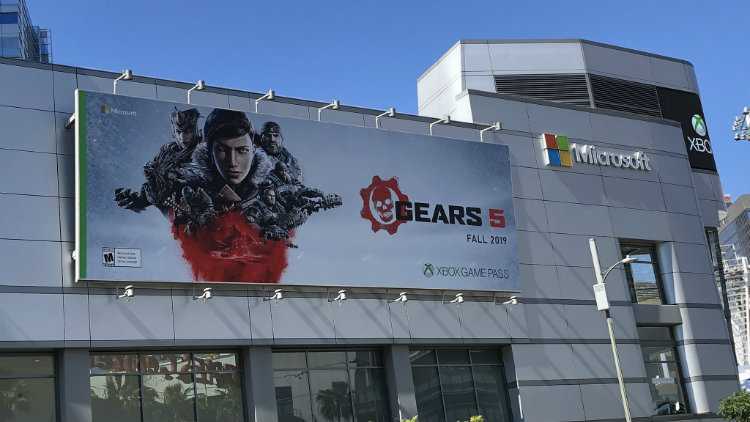 A remake of the 2005 classic game Destroy All Humans! is coming from THQ Nordic. It will be using the Unreal Engine 4 and is slated to release on Xbox One, PlayStation 4 and PC. Tweaks are being to gameplay, which include better aerial combat skills, enhanced psychic skills and the new Psychokinesis. 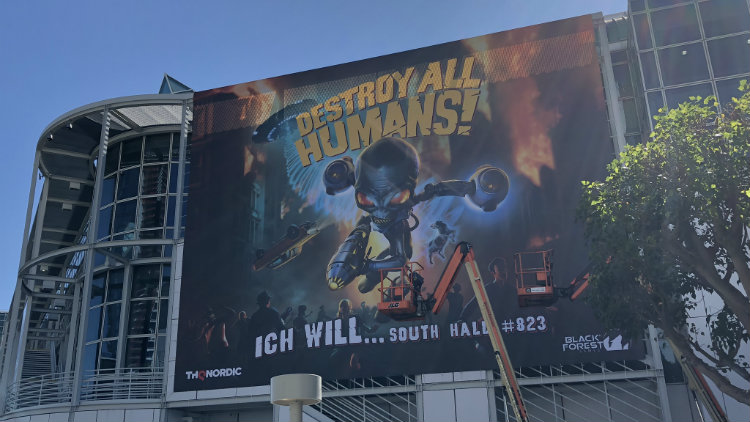