I used to hate my cable TV package. Sure, I watched shows like The Big Bang Theory, and the nightly news on a daily basis, along with a few riveting PBS documentaries. But largely I was paying for about a zillion channels I simply didn’t watch. I’d cruise past the Kardashian reality shows (as fast as possible, lest I damage my ability to reason) and the million flavours of cop and “the-next-big-star” shows, just trying to find something worthwhile to occupy my downtime. But, slowly, I began to realize that this “watch-what-we-tell-you” type of TV was for suckers (to quote Homer Simpson), and I started to look into options for freeing myself from cable TV subscription slavery, and delve more into the “watch-what-I-want” online streaming realm of personal entertainment. So, if you’ve also been thinking of getting rid of your costly and useless cable package, let me give you a few tips for cutting the cord and still getting great TV in 2017.

Why You Need a Good Router to Cut Your Cable Subscription

The first thing you’ll need to think about when cutting the cable cord, is whether your internet router is up to the task of taking up the slack for your entertainment needs. Basically, when you do away with your cable TV subscription, you will certainly be finding yourself using the Internet a lot more, for viewing YouTube videos, and for streaming content to all your devices. Most people who cut their expensive cable subscription, fill the TV and movie viewing void with a Netflix account. Problems (and buffering) arise when multiple people are trying to stream videos from something like Netflix at the same time. However, if you have a capable router, like the NETGEAR Nighthawk Wireless AC1900 Dual-Band Router or D-Link Wireless AC1900 Dual-Band Gigabit Router – or if you’ve got a few extra bucks; a luxury model tri-band router – then you’re sure to be able to stream movies to your HD TV in the living room, and play some online shooter game on your PC, while the kids are watching their favourite YouTubers and video stars – and all without having to buffer, or watch that blasted spinning beachball of death on your screen while things load. You know what? It’s 2017. No matter what you do on the Internet, you need a good wifi router, so for gosh sakes just go out and invest in the best one you can afford. You’ll thank me later.

Now that you’ve unshackled yourself from your cable TV subscription, you’re going to need some way to watch all the shows and movies you desire. Well, welcome to 2017 and the joy of media streamers! These black box babies open the door to a whole schwack of apps and tuners that allow you to watch literally thousands of shows, games and films. You’ll be really surprised with how much content you’ll be able to access from a media streaming box. It basically turns your living room TV into a searchable database of content, interactive games, and fun.

And, there are plenty of streamers from which to choose, from the WeTek Hub Android Streaming Media Player with Remote and WeTek Play 2 Android Media Box with ATSC Digital TV Tuner, to the Google Chromecast and Roku Premiere+ Streaming Media Player with Remote. In addition to the streaming and satellite content you’ll find on these boxes (including stuff like Netflix, news, sports, video games and more), you’ll also be able to cast stuff from your other devices (like an iPhone or tablet), to view photos and blast your favourite tunes right on your HD TV. I personally started with an Apple TV box, but am adding an Android box to my set up, as well, so I get the full spectrum of sans-cable choices. Once you see the difference between watching on a streaming box versus your old “look-through-what-they-offer” cable guide – you’ll find it hard to go back.

Get Free TV with a Digital Antenna

I will admit that one of the things I found hardest to give up was my daily local newscasts. I could find news online after cutting the cable cord, but usually I could only find the previous night’s newscast for free, and had to pay yet another fee if I wanted access to the more current broadcasts. As a former journalist and confirmed news junkie, I found it intolerable to have to watch old news. Luckily, I learned about digital antennas, and was able to solve my problem – and get a few extra free TV channels in the process.

Don’t know what a digital antenna is? Do you remember those old rabbit ears your grandfather (or father, depending on your age) used to mess around with on the TV to get better reception? Well, today our television signals are no longer analog, so those old style rabbit ears no longer get us free TV like they used to in the good old days. However, since TV signals switched to digital, you can still pick up an inexpensive little antennae, such as the Direct ClearStream Eclipse Sure Grip Amplified Indoor Multidirectional HDTV Antenna, Direct ClearStream Amplified Indoor Digital TV Antenna, or Direct ClearStream Indoor/Outdoor Digital TV Antenna (depending on your location) and snatch free TV channels from right from the air! I was fortunate enough that even in my remote and mountainous locale, I was still able to snag a local network that had a great area and national newscast a few times a day, but I also was able to get some sitcoms (like The Big Bang Theory) daily, as well. If you live in a metropolitan area, you are bound to get a whole bunch of American network TV, plus a PBS channel or two, and all for free. And these are channels you once paid through the nose for on your cable subscription!

So, it is really easier than you think to cut the overly expensive cable subscription cord, especially when you have so many media streamer and digital antenna options out there to ensure you still get all the entertainment and viewing pleasure you need. But, these are just a few tips for cutting the cord and still getting great TV in 2017. Do you have any tips I may have missed? Let me know in the comment section below how you fill the viewing void after cutting the cable cord. 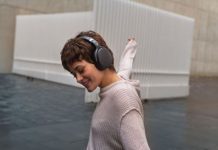 10 perfect gifts for music lovers under $200