Now more than ever, there are a lot of terms to understand when you’re shopping for a new TV. If your plan is to choose one of the latest 8K TVs hitting the market soon, you’ll want to know a bit more about the tech built into them. Take the Samsung Neo Quantum processor built into the new Samsung Neo QLED 8K TVs: it has the power to upscale your movies and TV shows in ways you’ve never seen before. If that’s not enough, the latest Samsung Neo QLEDs have AI and deep learning on board too.

Here’s a look at each piece of TV technology built into Samsung 8K TVs and how they all work together to produce real-to-life picture quality.

2021 is the year of Samsung’s Neo Quantum processor

There’s a lot going on behind the display of the latest Samsung Neo QLED TVs, and they can produce next-level picture quality thanks to Quantum Mini LEDs, Quantum Matrix Technology, and Samsung’s Neo Quantum Processor.

If you read Jason’s article on Mini-LED TVs, you already know that a Mini-LED is a miniature light-emitting diode. They provide the backlight for your TV, and these diodes are much smaller than the lights used on standard LCD TVs. Mini-LEDs are around 0.2mm in size, so you can pack thousands of them into a display for better colour and contrast.

The Quantum Mini LEDs are controlled by Quantum Matrix Technology. This tech provides for the fine details that make your picture quality feel real-to-life. They boost colour volume to 100%, prevent blooming, and increase luminance, so the dark areas on your TV are as dark as possible and the bright areas feel even brighter. Just watch a streaming video in HDR on a Samsung Neo QLED TV and you’ll see how that precise control of Quantum Mini LEDs plays out into spectacular picture quality.

The heart of the Samsung Neo QLED TV is the Samsung Neo Quantum Processor. This processor is responsible for the enhanced upscaling capability of the TV. It’s hard to imagine how a TV can produce a picture that will feel as though you’re seeing the images in real life, but this TV can do so thanks to the Neo Quantum processor.

With the Neo Quantum processor on board, Samsung Neo QLED TVs are designed to analyze and store information, just like your brain does. It uses 16 neural networks and an advanced algorithm to optimize each image so it’s the best it can possibly be, and it does so in real-time. It also has AI and uses a deep learning algorithm that analyzes your favourite content, upscaling each image, to consistently provide you with the best picture quality no matter what you’re watching.

Are you ready for a Samsung Neo QLED TV?

Now that you know about the tech behind Samsung’s Neo QLED TVs, you probably want to bring one home even more. Luckily, they are available right now, so take a look at all the Samsung Neo QLED TVs on Best Buy. 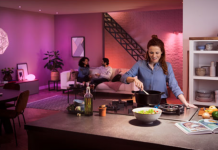 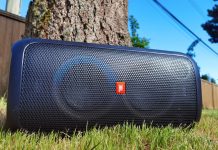 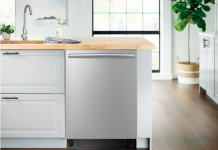 6 things to consider when buying a new dishwasher