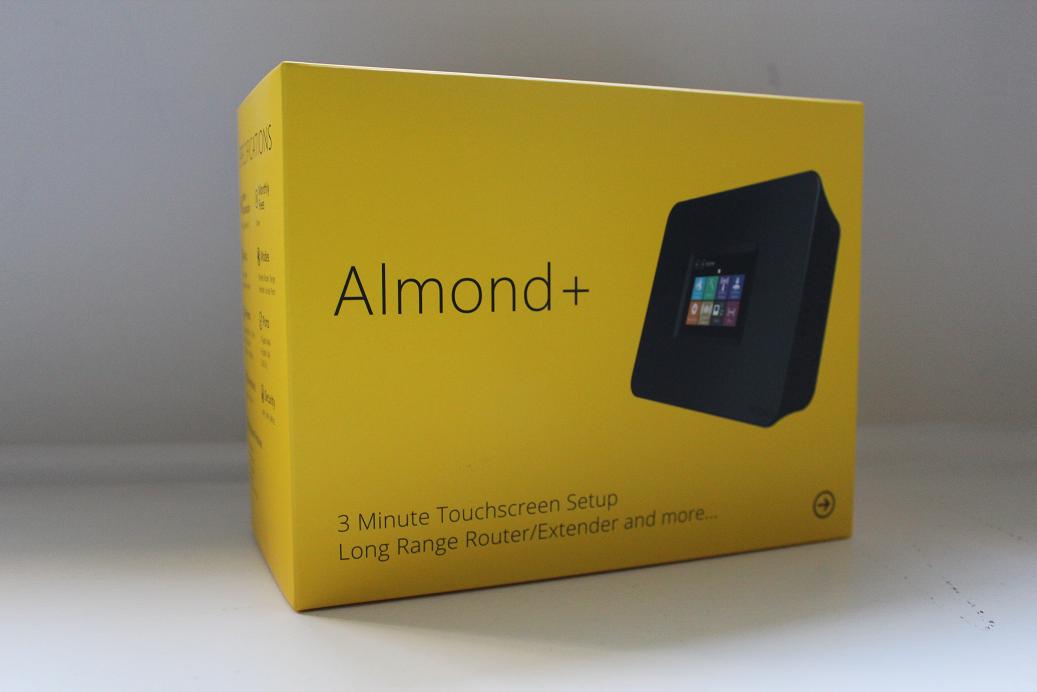 There’s got to be a huge market for versatile connectivity devices. In the last few years, I’ve gone through a handful of routers, a couple of range extenders and hours and hours of countless frustration trying to hook them up, update drivers and keep them running. It’s terribly frustrating. Perhaps one of the most frustrating factors is that in this day and age, my modem, my router and even my range extender communicate with me through status light bulbs. Colored lights and how fast they blink might have been the wave of the future in 2003 when having a great wireless internet connection may as well have put you on Lifestyles of the Rich and Famous but nowadays when a phone app can auto-tune this entire paragraph into a 90s rap song, we probably have the technology to put a better notification system on our hardware. Something’s gotta give..

Fortunately, something does give. Securifi’s Almond+ claims that it can take those menial tasks like hooking up to the internet or creating range extension in the dead spots of your home and make it easy. In fact, it can do either one of those for you AND without ever having to slog through installation on your computer. How does it do this? An onboard touch-screen. When I first heard about this feature, I sort of shook my head and dismissed it as a gimmick. After all, it’s not often that early adopted concepts like this always work like you want it to.

The first thing that you’ll have to get used to is the touch screen. It’s slightly recessed and I found it to be fairly sensitive to touch. The only trouble is that with a fairly small display (it’s around 320×240,) you may fumble with some of the smaller icons. In the next few days, I’ll be uploading videos showing off the functionality of Almond+. I purposefully used my fingers to touch all of the icons to show that it was possible. However, if you are having difficulty, there is a stylus included onboard to make it easier. There are more than 15 product tiles available for use and while some are useful, there are a lot of really silly things. For example, with my phone and smart thermostat sending me weather reports, I’m not sure that my router needs to do it, but it’s there if you’ll be keeping your Almond in an easily accessible place.

Almond+ is pretty small too. It’s really no bigger than most dual band routers and is about half the size of my Tri-Band router (though to be fair, my router is so big and odd looking that I’m pretty sure aliens used it to land on planet earth and aren’t aware that it got repackaged for my internet access needs.)

One of the things you will enjoy the most about Almond+ is just how easy it is to set up. The box itself claims a 3 minute touch screen setup. I’ll be the judge of that!

I had the product installed for a couple of weeks prior to review and I decided to try it in both of my usual “device” spots in the house. First, I’ll go into my experience using it as a router and then as a range extender. 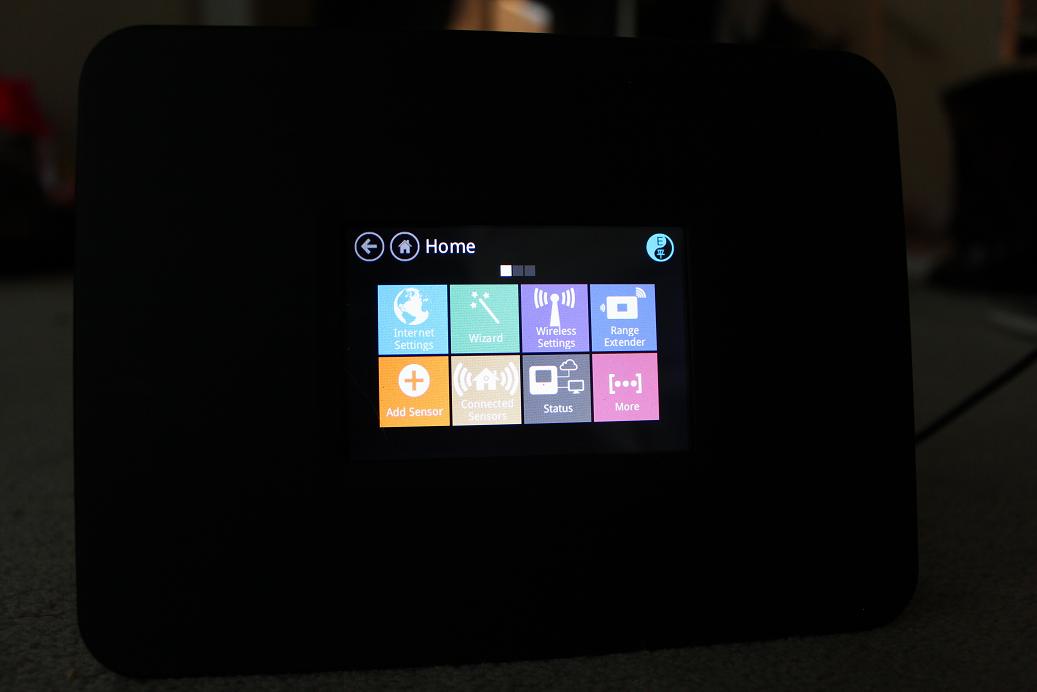 Using Almond as a router

Almond’s router setup should give you a good prelude into how it’s going to be the rest of the way out. You can traditionally hard wire it to your modem or you can even just connect wirelessly to your existing network and make itself the preferred network of choice. It functions as a dual-band router (2.4 GHz and 5 GHz) and to be honest, I didn’t notice it to be any better or worse than my current router. Then again, it only took me about 5 minutes to get the whole thing set up. It didn’t meet the 3 minute box claim, but I will cut it some slack. Best of all, I felt as though it guided me through a process so simple that anybody could do it.

Using Almond as a range extender

Using Almond as a range extender was far and away my favourite part of having one of these things. My existing range extender (which has been discontinued to assumedly put it out of its misery) has been a trash fire at best. I recall one night when I literally spent 3 hours with it trying to configure it to a new router and by the end of it, I was “William H. Macy with the ice scraper in Fargo” mad. Almond shocked me by having the entire process done AND confirmed as working for me inside of 3 minutes. Yes, it took me longer to compose my thoughts for this paragraph explaining my success than it did to configure my new range extender.

Over the next 2 weeks, I had absolutely no issues with connectivity in the house whatsoever, even in the sporadic dead zones like our master bedroom (yes, this despite having a range extender plugged in directly below us one floor below.) This far exceeded my expectations and to be honest, has made me feel a little bit spoiled.

Here’s the 3rd and most intriguing aspect of Almond. Almond can act as its own rule setting smart home hub for Z-Wave compatible and Hue devices. In the same spirit of ideas like “works with NEST” and “IFTTT,” a select group of Home Automation products can interface directly with it. You can then create “scenes” or your own set of miniature business rules and can do this regardless of whether you’re using it as a router or Range Extender. 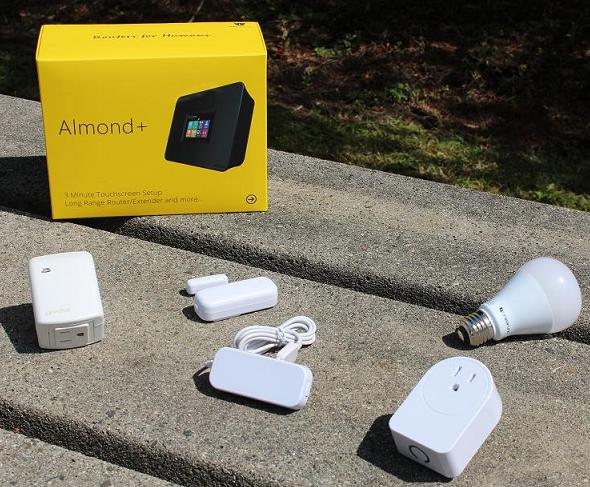 This is achieved through both the Router and the free Almond app, available for both iOS and Android Devices. Setup for this is pretty easy. You just register through your email address, confirm and off you go. You’ll need to link your Almond up to your account on the app which you can do through a code generated by the device itself. The video will show you this painless procedure.

Your next step is linking sensors up to the devices. It’s as simple as following the instructions on the device itself (for most Z-Wave enabled devices, it’s literally pressing a button) and setting Almond to “Add Sensor” mode which is on the first set of options on the touch screen. If your devices don’t register right away, just factory reset them and try again.

Scenes can be achieved in the app. A scene is essentially just a simple setting for you to enable something to happen. For example, if you put your kids to bed at the same time every night, you can create a scene that turns their bedroom lights off to tell them that it’s bedtime. If you’re the type of person who forgets to turn lights off, create a scene to shut them all off at the same time. Or, if you like waking up to your coffee brewed, you can enable an appliance link to send power to the coffee maker every morning so that it’s brewed and ready to go once you get to your kitchen. 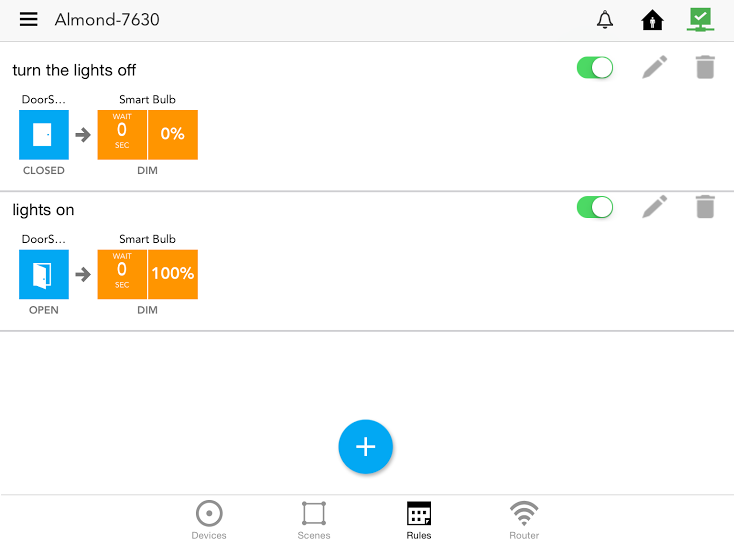 Rules are where Almond gets really fun. It’s like its own cause and effect device. For example, you can create different home and away style rules based on everything from time to incident. For example, if you want to turn your living room light on when you open the window, you can set Almond to do that for you with the right devices. If you want your Hue lights to flash certain colors or have devices make noise if there’s an intruder, you can do that. You can even create a rule to reset your Almond if a certain incident occurs. I don’t really know how that’s useful but it’s there.

Rules can be both good and bad. They work, but they’re a bit trivial unless you amass a huge network of compliant devices. I think rules like this are the wave of the Home Automation future, but if you only have 3 or 4 things to hook up and link, it’s not quite as fun as having a whole home doing things for you. This is a real work in progress as I’m interested in seeing what Almond does to grow these capabilities and which devices they will absorb in the future. However, although I mentioned them previously, Almond+ is not yet an IFTTT affiliate at the present time. I don’t know if that is something that will happen in the future, but it seems like a partnership that should happen some time down the line. Almond IS however able to interface with the Nest learning thermostat. You can control all the basic functions of your thermostat directly from the Almond app. In my opinion, Nest is the gateway right now for bigger things in a spiderweb effect like this. Unfortunately, I don’t have one to tell you how well it works but I feel like it can be a huge catalyst in driving a lot of amazing special effects in partnership with this device.

What can Almond do for you?

Almond+ does a lot and asks for very little in return. This is a great product. I had it work as my range extender for about 2 weeks and it made me forget all about the nightmare that is my current one.

The one and only gripe I have about the product is how hot it runs. My home office is a bit more of a confined space where I never open the window, so perhaps the heat of everything in there may have affected it. However, when I brought it into my living room to act as a range extender around open windows and in a wide open space, it was still really hot. While you won’t get burned or anything touching it, it still gets pretty hot. I also found that there were cases where my designated screen fade (5 min) was ignored. I don’t know if this affects the screen or product’s lifespan long term, but they’re things you should know when setting this up.

However, let me say that a product like Securifi’s Almond+ is still a breath of fresh air in an otherwise consistent, yet somewhat stale market. I think the greatest compliment you can ever pay something like this is how easy it is for anybody to pick up out of the box and hook up. The Almond+ is so diverse in its offerings that it will slot in and succeed for multiple needs yet is so simple in its installation and approach that I can hand it to my technologically challenged parents and they can actually hook up a new wireless network (or range extension) without my having to get in the car and do it for them. 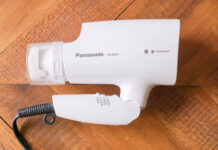