It’s that time of year again—there’s a chill in the air, people are putting up their lights, you know what I’m talking about. It’s karaoke season!

To get in the spirit of the season, I recently got to try out not one, not two, but three awesome karaoke machine products from Singsation: the Starburst all-in-one party system, the Classic all-in-one karaoke system, and the wireless add-on microphone. I’ve rocked out with each of them to give you all the (musical) notes.

Each of these systems is a little different, so let’s start with what comes in each box.

They’re not included in the box, but the Wireless Microphone needs two AA batteries, so make sure you have some on hand. The first thing I noticed when I took this adorable Starburst party system out of the box is that it’s small and weighs only a few pounds. But don’t be fooled—this thing packs a punch.

Not only does it have great sound quality that can reach party-worthy volumes, but setup was easy and I was grooving within minutes. It’s also crammed full with awesome features that deserve celebration. It functions as a typical Bluetooth speaker so you can play any tune you want, but it’s so much more. The two wired microphones let you project your voice over the audio so you can sing along, make announcements to party guests, or invite someone to make a toast.

This was all I really expected from a party speaker, but the Starburst didn’t stop there. You can use six different sound effects (like an air horn, laugh track, drum sting, and more) to add a little more fun to any song or party. There are also five different vocal effects that can give your voice a dramatic echo, make you sound like a chipmunk, or give you that deep, Barry White timbre. But my favourite thing about the Starburst Party System? That’s easily the light show feature! The little crystal ball on top projects 10 incredible light shows that range from soothing to psychedelic. When I first turned it on, I couldn’t contain my childlike delight. With this fun feature, you can turn any space into a dancefloor that any disco queen would be proud of.

With its simple setup, sound quality, and fun features, I found nothing to complain about! The Starburst Party Speaker is pretty great, but if karaoke is you jam, you might be looking for a system specifically designed for sing-offs. Let me introduce you to the Singsation Classic all-in-one karaoke system.

In functionality, it’s pretty similar to the Starburst system: the same easy setup process, the same light weight, the same voice effect features, and the same great sound quality. But there are also a lot of things that set these two apart.

Most importantly, while this machine is designed for karaoke, it doesn’t have a screen like the ones you’ll find at your local karaoke bar. Instead, it has a convenient smartphone holder so you can use your phone to display lyrics. You just need to download any karaoke app of your choice and set it on top. On the one hand, your phone will be occupied as you sing your heart out, but on the other, the freedom of using an app means you’ll get regular updates and won’t be restricted to the same song catalogue years down the road. Another big difference comes with the light features. Instead smattering your walls with funky, dancing light show, the Classic’s speaker has a light that will either fade between colours or pulse to the beat of the music or your voice. It might not turn your room into a party palace like the Starburst, but the dynamic lighting definitely adds some intensity to your vocals as it pulses along with you. Finally, there are a few features from the Starburst that you won’t get with the Classic Karaoke System. While the Classic retains the voice effects, it doesn’t have any sound effects like the air horn. It also only comes with a single microphone. While it does have a jack for a second mic, you’ll have to buy it separately if you want to perform a duet with your bestie. But unlike the Starburst, you’ll be able to control the volume of each mic separately so you can have a loud lead singer with slightly quieter background vocals.

With the same smooth functionality of the Starburst with features designed specifically for karaoke, the Classic is a great choice if you’re looking to belt it out. Though I have to say, I miss the light show… You might have noticed that both the Starburst and the Classic systems have a certain stringy something in common: CORDS. The included microphones are wired, not wireless.

Since cords are generously long (over 6 feet), I think most people would have the walking space they need with the provided mics. But if you want the freedom to walk around the room at your next event or do some wicked spins and twirls in your next karaoke performance, you’re going to need the help of the Singsation wireless add-on microphone. This wireless buddy doesn’t connect with Bluetooth, so you don’t need to worry about it interfering with your music. Instead, it connects wirelessly to a receiver that plugs into the mic jack just like the regular wired microphones. It’s compatible with either the Starburst and Classic Singsation systems, and in fact, should work with any machine with a microphone jack. Setting up this mic little more involved than the machines themselves. Both the receiver and microphone need to be charged up with different power sources first. The receiver comes with a wireless battery that can be recharged with a microUSB cable (just avoid my mistake and make sure the battery is inside first). But the microphone itself needs two AA batteries instead. Once everything has its proper power supply, simply turn both on, plug in the receiver, and once the green light on the receiver turns on, you’re connected and ready to rock.

While I couldn’t find the outer limit of the mic’s wireless range, I can say that I was able to roam into other rooms at least 30 feet away from the receiver while still hearing my voice loud and clear on the speaker. I’m confident that your dance moves will be unfettered!

If you need the freedom of a wireless mic with your system, then you’ll definitely want to add this to your cart.

Put on your dance pants! Spending a week with the Singsation Starburst all-in-one party system, Classic all-in-one karaoke system, and the wireless add-on mic was a ton of fun. From doing goofy voices with the sound effects, to accidentally scaring my cat with the air horn, to having a little dance off in my kitchen, both machines have fun features you won’t find in a typical Bluetooth speaker. And all were surprisingly easy to set up and get jamming.

If I had to pick, the Starburst is definitely my favourite for the light show alone. But the Classic karaoke system has its charms, and makes it super easy to set up a karaoke party anywhere. And if you have a little wanderlust, the wireless add-on mic goes perfectly with either.

If you’re still not sure if these will match your rhythm, check out more karaoke gear on BestBuy.ca. And keep on dancing! 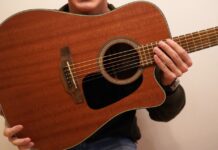 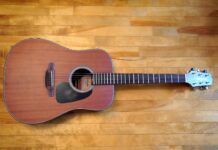 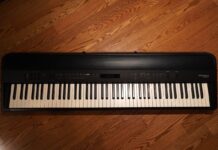