The parade of excellent Chromebooks continues. That’s a good thing, given how many students are participating in remote learning these days. And the number of Canadians who have been working from home. An old-school Chromebook from five years ago wouldn’t cut it for most people, but in the past few years Chromebooks have evolved into far more capable devices. The latest to hit my test bench has been the Chromebook Spin 713 from Acer.

If you’re looking for a Chromebook that’s equipped to get work done, the Spin 713 has your number.

Over the past year, laptops have been in high demand. With remote learning and many people working from home, portability has been a must-have. Based on these use cases, we’ve also started to judge laptops based on how they satisfy key requirements—in other words, are they really up to working with all day? Or are there elements that would be a compromise?

The Chromebook Spin 713 is designed to provide everything needed to be a true mobile computer. So long as you don’t need to run software that is Windows-only, it checks all the boxes.

There is a built-in 720p webcam, an integrated microphone, stereo speakers, and fast Wi-Fi 6 wireless connectivity. You’re able to use Zoom or your preferred videoconferencing solution right out of the box. Battery life is rated at up to 10 hours (I averaged about 8.5 hours without making any effort toward battery conservation) and the Spin 713 weighs 1.37 kg. So it’s easy to pick up and work from wherever space is available. There’s a full-sized (except for one annoying mini SHIFT key), backlit keyboard and a big trackpad that’s covered with Gorilla Glass for smooth swiping.

The 2K touchscreen display is crisp and bright, with eye-popping colours. My review unit’s 10th generation Intel Core i5 processor combined with 8GB of RAM and 128GB of super-fast PCIe NVME solid state storage provide plenty of power. There is a wide range of ports, both new and old, and a 360-degree hinge. All of this in a nicely sculpted aluminum package.

In other words, about the only thing the Chromebook Spin 713 shares in common with Chromebooks from even a few years ago is Chrome OS.

One of the key advantages of the Chromebook Spin 713 over other laptops is what Acer calls a VertiView display. That’s “Verti” as in vertical. What’s the big deal with it?

You may have noticed that in recent years many laptops and Chromebooks have adopted a display with a 16:9 aspect ratio. The driving force behind this has been streaming video, which is typically in a 16:9 format. Many people stream video on their laptop, and they like having the video fill the entire screen. As an added bonus, going with a 16:9 format display meant these laptops could be smaller.

However, 16:9 is less ideal if you’re using a laptop for getting work done. The display is “shorter” so fewer lines of text or fewer rows on a spreadsheet can be shown onscreen without having to scroll.

The Chromebook Spin 713’s VertiView display is a return to the 4:3 aspect ratio. It has more vertical space than a 16:9 display. That means more lines of content and less scrolling. On the downside, if you watch a lot of video on this Chromebook, you will have to deal with black bars at the top and bottom of the display.

As you can see from the photo below, the resolution and bright colours make this a very satisfying laptop for watching video on, regardless of black bars.

The 360-degree hinge makes this Chromebook extremely flexible. It excels as a laptop, of course, but the hinge lets you rotate the display around to suit your need. For example, in tent mode, it’s a stable way to watch streaming video without having to look at a keyboard. Flip the display all the way around to use the Chromebook as a tablet to run Android apps. The hinge feels sturdy and holds its position.

Slightly heavier than some, but durable

Acer does a decent job of sculpting the Chromebook Spin 713 to give the appearance of being thinner than it is, but the reality is, it’s a little heavier than other Chromebooks in this class. Not by a large margin—1.37 kg is hardly chunky—but it is noticeable compared to some competitors that are slimmer and lighter.

The reasons for that include the larger display area because of the 3:2 aspect ratio, and also a reinforced design with a metal chassis and Gorilla Glass protecting the display. As a result, the Chromebook Spin 713 is a tough laptop. Acer says that in independent lab tests it met U.S. MIL-STD-810G standards for military-grade durability. A little extra weight in exchange for enhanced durability is probably worth it it, especially if you’re a parent worried that a student might be slinging this laptop around in a backpack.

Bottom line: a great Chromebook option for getting work done

Minor quibbles like an inelegant charger aside, the Acer Chromebook Spin 713 is a great pick if you want an affordable mobile device for getting work done. Its 2K VertiView display is ideal for working with documents, and looks pretty nice when used for streaming video as well. It’s equipped for performance, offers all the ports you might need—including multiple video output options—and offers Wi-Fi 6 for the fastest-possible wireless connection.

All this, plus the flexibility of a 2-in-1 design, and a sturdy build that meets military-grade durability standards? That’s a pretty compelling Chromebook. All those features do come with a cost—although it’s still reasonable compared to Windows laptops or MacBooks—but you can bring down the price considerably by opting for the Spin 713 equipped with a 10th generation Intel Core i3 processor and 4GB of RAM. 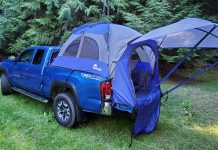 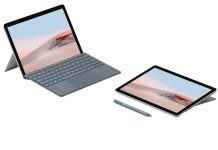