Best Buy is launching a series of Experience Stores all around Canada, so this weekend, I headed to Best Buy’s Edmonton’s South Common Experience Store to check out the introductory Celebration Weekend (December 9th-11th, 2016).

Unfortunately, they weren’t quite finished setting up the store when I arrived on the 9th, so I missed out on some of the cool things that you can check out at your typical Experience Store. There were no PlayStationVR demos, and a few of the sections that I wanted to experience were still being set up, like the drone section (there was only one drone on the shelf!) and the branded Sony camera section (which was totally empty). What’s in your typical Experience Store?

It’s tough for stores like Best Buy to keep up their foot traffic and consumer base in the face of online shopping, so they’ve renovated 15 of their stores across Canada to appeal to the in-person consumer. The new stores are set up more like a high-end department store, so not only do they sort products into section (like appliances, cameras, and televisions), but there are branded spaces within each section.

The move makes sense. Millennials are very driven by brand loyalty in their purchases, so pairing a brand experience with your shopping trip is a great way to create a more involved consumer (and to guide them to where they want to be). If it works out, I think this is a shift that will really work for Best Buy in the long term—it seems like they’re counting on the brand loyalty of millennials to stretch into the future 10, 20, 50 years, just like a number of other brands right now.

I started out writing in the beauty industry, and we’re seeing the exact same phenomenon there. Brands like Estee Lauder and Clinique, which were wildly popular with baby boomers, are rebranding in an effort to grab millennials now—and then keep hold of them when they’re at the peak of their purchasing power. The result of that kind of thinking is a lot of innovation, which I couldn’t be happier about. It produces things like the Experience Store, which is designed to let you learn about and play with products in person—the one thing that an online store, no matter how good the deals are, simply can’t give you. That includes the Google Shop at the front of the store, a home theatre section with a faux-theatre setup, and a sleek set of smart home aisles with interactive displays full of Nest products and Phillips Hue lighting tables.

I set out to explore the new Experience Store with my mom, and I had one objective in mind: to have her try out a VR system for the first time ever.

There weren’t any PlayStationVR demos going when we were at the store, so I made a beeline for the Google Shop. It’s set up like a sleek cellphone boutique at the front of the store, with wood-finished surfaces and Google reps whose uniform seems to be hipster hoodies and grey touques. The main signage is on the rear side of the booth for some reason, so it actually took us a few moments to figure out that this was the Google Shop instead of the cellphone section–but we made the conclusion in the end. The Google space is pretty sizeable, and it was easily the most interactive space open that day. The staff host workshops throughout the day and have plenty of VR rigs that shoppers can try out upon request, and there’s a big screen in the corner for additional workshops and Google Hangouts.

We didn’t get a chance to see it, but apparently the shop does a live Hangout with Santa every Saturday and Sunday at noon, which sounds both adorable and terrifying. (Come on, the screen is enormous and we all know that Santa must be hiding some sort of utter desolation and despair underneath that jolly facade.)

Instead, both my mom and I tried the Pixel VR demo of the Fantastic Beasts game, which was really cool to check out. (My mom saw the mythical creature and, for some reason, turned around immediately. Because things can’t see you if you can’t see them, obviously.) I have a clip of her trying it out in my Experience Store video tour.

It was my first time trying out the Pixel VR, and I’m glad I did–I found that you could really see each individual pixel, which writes it off for me as a personal purchase. It’s totally reasonable for a smartphone VR system to be less clear than a dedicated one, but it killed it a bit for me. That being said, it was a lot of fun to check out, and the Google Shop was easily my favourite part of the new Best Buy Experience Store.

As I slowly fall down the tech hole (I totally blame the Plug-in Blog for this descent), I’ve found more and more that really specific things grab my interest. I’m fascinated by drones and I always have fun reviewing smartwatches, for instance, but I’ve never been crazy about computer peripherals or TVs. I love VR, but sound systems don’t really grab me.

Smart home tech, however, is definitely one of my points of interest. I am endlessly fascinated by the concept of making your home more user-friendly with the help of tech, and let’s be honest: feeling like you’re communing with your house via your smartphone is never not going to be awesome. As you can see in the video, my mom and I spent a bit of time playing around with the lights … Which she totally didn’t realize light up on the picture display. It would be even cooler to have full-sized demos in some stores in the future (maybe as a pop-up, Best Buy?), but I liked that they took the time to include the sized-down versions.

The Best Buy Experience Store that I checked out really did quite literally have more things to experience than your average store, but it still had all of the electronics shop staples that I was expecting. I picked up a new SD card while I was in the store (I only had a 2GB one with me, which definitely wasn’t enough to shoot video with!), and the checkout and staff were just as helpful as ever.

The new stores also have Best Buy staples like the super-friendly Geek Squad—there were booths both in the front and back of the store—and a big appliance center, which was gorgeous but, like I mentioned earlier, still being filled up when I visited. Notably, there were more branded sections in the appliances section as well, with a big Miele kitchen section right up at the front. 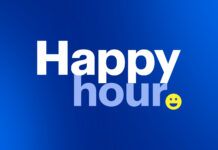 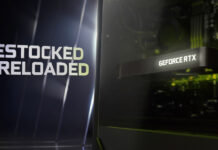 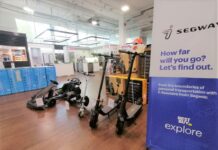