Android Wear has been quiet for a while, having not seen a major update in 18 months, but that will change when Google launches version 2.0 of its smartwatch operating system. A number of additions and improvements are slated for the release, and they will apply to new and current Android Wear smartwatches.

Little has changed in some time, so there is plenty of room to not only tweak some aspects, but overhaul others. It appears that’s the very approach Google will be taking as it rolls this out.

The Android Wear update is now running on the following devices:

Click here to see all of the smart watches with Android Wear 2.0]

As for the features themselves, here’s a breakdown of what’s coming and how it will change what is currently there.

A new look for the Android Smart Watch

The interface has gone through a redesign to simplify the basics of navigating the system, which would include launching apps, acting on notifications, changing watch faces, scrolling, swiping and selecting whatever you want. To save battery life, a darker shade was used throughout to reduce brightness naturally.

With respect to watch faces, personalization looks to be a central theme throughout. The level of customization is to expand from just one watch face to present multiple ones. For example, the main watch face could be switched to one specifically for exercise apps, or to another that launches other apps in a pinch, like Uber or Spotify, for instance.

App integration in Android Wear, at least for me, has always felt disjointed, and it’s encouraging to hear something is being done on that. Apps can be downloaded directly onto the watch from Google Play, negating the need to always use the paired smartphone as a conduit.

Bearing in mind these are apps that are optimized to work on Android Wear 2.0, access doesn’t mean the entire Google Play store is readily available from the watch, but there are still goodies to choose from. Apps like Uber, AccuWeather, Foursquare, Runkeeper, Runtastic, Strava, Telegram, Lifesum, Google Play Music, Gmail, Calendar and Hangouts are ready to go. Plus, they can work completely independently of the phone if the watch has a cellular connection or is connected to a Wi-Fi network.

In keeping with the theme of a smartwatch with fitness features, the reworked Google Fit on watches supporting Android Wear 2.0 will track steps, pace, distance, calorie burn and heart rate (for watches that have the sensor for it) for activities like walking, running or cycling. Moreover, it should be able to count reps for weightlifting, push-ups, sit-ups, squats and other repetitive exercises.

Since the watch could pair with Bluetooth headphones, and assuming your watch was connected to a Wi-Fi network at home, the gym or wherever you work out, you could stream music directly from the watch too. Some watches have built-in internal storage to store music, but this would be streaming like you would from a phone. If you like Google Play Music or Spotify, for example, you could stream the songs you wanted without having to keep the phone close by.

Android Wear already works with the iPhone now, so this isn’t new, but the functionality will probably feel like it is. The same apps that are compatible from Android devices would also be with the iPhone. Indeed, notifications for a variety of apps could already filter through the phone and straight over to the watch, including missed calls and text messages, along with Gmail.

The experience with an iPhone won’t be exactly the same as that of an Android handset, and some functionality may be lacking or missing, but it’s a good bet that Android Wear 2.0 will tighten things up well enough to make it an intriguing pairing.

Message notifications are great, but their viability only goes so far as what actionable options are available. Android Wear 2.0 will open up the process by adding three new ways to respond.

You can expand the message and send a response typing one out on a full keyboard appearing on the watch screen. You could draw an emoji if that’s an appropriate way to get the message across, or simply dictate what you want to say straight to the watch. Yet another option is the Smart Reply, where response choices are automatically generated based on the message received.

From the outset, these new options will be supported by popular messaging apps like Google Messenger, Hangouts, WhatsApp and Facebook Messenger.

This is arguably one of the biggest, if not the biggest, change to come with Android Wear 2.0. Google Assistant was first released with the Pixel smartphones, and has proven to be one of the best voice assistant platforms available today. By embedding it in the new version, Wear gets a significant upgrade in dictation.

It would ostensibly work very similarly to how it already does on Pixel devices. Google has said that users would need to hold down the physical power button on the watch or say, “Ok Google” to trigger it and issue a command or make a query. Much like the experience on the phone, this could be anything from setting a reminder, a new calendar entry, checking the weather, finding a destination, making a call, sending a message and more.

You can play music by asking for it, especially from Google Play Music and Spotify, or ask it questions you need quick answers to. A quick math query, the age of a certain actor, a famous quote, set a timer while cooking — the list is longer than you might think.

As it is a connected digital assistant, it will need to piggyback off the phone’s connection, unless the watch has its own cellular connection or is on Wi-Fi.

Android Wear 2.0 will be the standard for Android-based smartwatches, and looks to take a big leap forward in functionality. 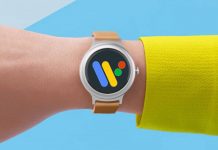 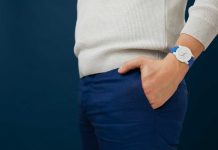