Best Buy Blog
Home Toys Games & Hobbies Drones Which drone is right for you: Tool to help your career 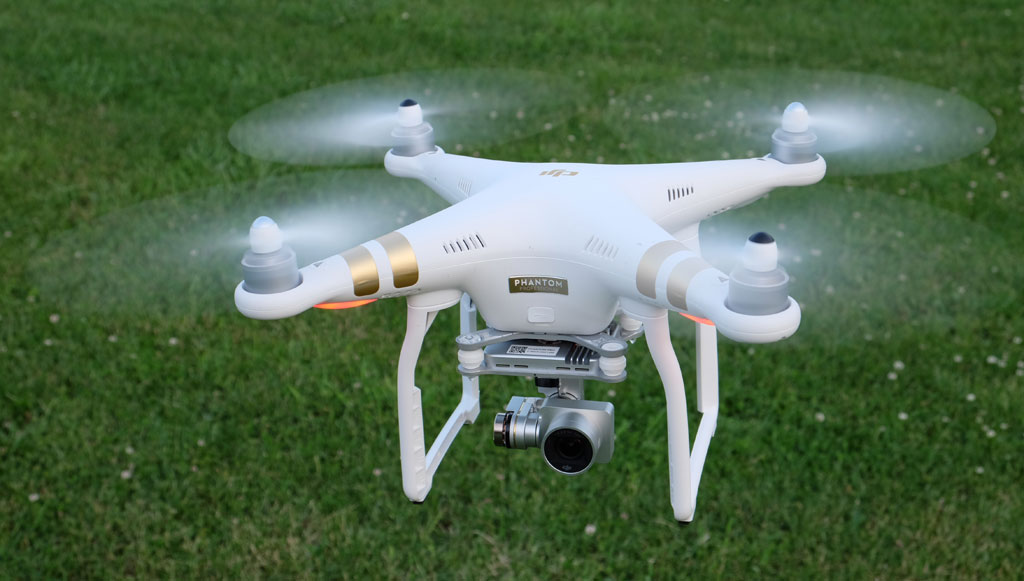 Drones make headlines for a number of reasons, and they’ve particularly evolved on the consumer side over the last few years to be more than just flying toys. Much of this has to do with the increased stability and camera performance they are being built with now, making it easier to fly smoother and shoot better for a number of different professions.

The concept of using a drone for work reasons isn’t something to take lightly. It can make a significant impact on certain jobs or careers, and with more options than ever before to choose from, buying a drone could be an investment in whatever vocation you’re in.

Transport Canada has outlined rules governing the use of drones, be they for recreational or non-recreational use. They’re not draconian, by any means, but it is important to make sure you’re not crossing any lines. Here is the passage that focuses on the purposes for flying one:

“This exemption relieves persons conducting non-recreational UAV (Unmanned Aerial Vehicle) system operations utilizing a UAV with a maximum take-off weight not exceeding 2 kilograms, operated within visual line-of-sight from the requirement to obtain a Special Flight Operations Certificate (SFOC) as required by sections 602.41 and the requirement to comply with the conditions of an SFOC as required by section 603.66 of the CARs.

The exemption will permit non-recreational UAVs with a maximum take-off weight not exceeding 2 kilograms to be operated away from built-up areas, controlled airspace, aerodromes, forest fire areas and other restricted locations. The exemption includes conditions which address the need for the safe and responsible use of certain UAV systems.

UAV operations conducted outside the terms and conditions of this exemption will be subject to the requirements for an SFOC.”

For realtors looking to gain an edge on presenting and assessing property and land, a drone can provide vantage points that would otherwise be difficult or impossible without using some other mode of flying. You can get an overview shot of the entire property or land, or shoot from different angles at a slightly higher elevation to add some flair to your shots.

High-rise buildings or condos could also benefit from some aerial photography and video. It might be a little more challenging in denser urban areas where power lines and other obstacles might get in the way, but if you can manage to make a little room and shoot from above somehow, the results should make you stand out from other realtors.

Then there are insurance adjusters. A wider perspective is easier to attain from above or from a higher elevation with a drone taking photos and video. Not only is it a fairly inexpensive way to do it, but it should also ideally speed up the claims process because it leaves less room for uncertainty. It does make sense however you look at it. Drones have been used for humanitarian reasons to assess damage to areas after natural disasters, like in Nepal and the Philippines, for example.

The Parrot Bebop 2 is one drone that can deliver, shooting 14-megapixel still images and 1080p video, though you can take that up a notch further with the DJI Phantom 3 Professional, which can shoot in 4K and offers a wider flight range. Budding photographers, videographers and filmmakers can have a ball using a drone to shoot from a variety of angles, capturing images that could truly enhance one’s perception of an event, location or project.

The scenarios almost seem endless. Imagine shooting a wedding with a drone, both outside the church and inside the reception hall. You would have to be really careful, of course, lest someone get hurt or the drone crashes into something it shouldn’t, like the bride or groom. With the summer now kicking off, weddings would make a lot of sense for that sort of thing.

Anything that you would deem important or relevant to a time, place or occasion would fit in well in that respect. It could be filming a short video while visiting a city or countryside, or capturing a child’s soccer game from above. The options and opportunities are numerous, especially when the weather makes it easy to fly.

Image and video quality has improved considerably to make photos and footage not only useful, but also easy to work with. It’s not hard to strap or mount a GoPro onto the drone to capture imagery using the best that line of cameras has to offer.

Whether you want to go 1080p or 4K is up to you. Drones that offer 4K video also offer 1080p, so you’re not limited that way. The DJI Phantom 3 Professional and Phantom 4 are two that offer excellent quality. The Yuneec Typhoon H is ‘unique’ because it has raised landing gear, allowing the camera to turn around a full 360-degrees. Farmers can make great use of a drone to cover their land, even getting close up from an aerial perspective to assess how crops or cattle are faring. Some specialized drones have been used for crop dusting, given how much easier and less expensive it is as an alternative to a plane, but consumer drones’ cameras should be good enough to get a bird’s eye view of what’s happening on the ground. All the drones noted above are ideally suited for such use cases.

The improvements in drone performance have tangible results, like flying further, faster and longer than they did only two years ago. And since we live in an age where almost everything can be photographed or captured, camera output has also improved significantly. Learning to pilot one takes a little time, but once you get the hang of it, the potential for what you can do with one seems almost limitless.

Taking to the skies to capture simple photos or video clips was a very expensive endeavour in the past, but not anymore. Drones are now within reach for consumers, and that includes you if you feel flying one can make an impact on your career. Check out the latest drones available now.