We are in an era where high demand PC applications are the rule, not the exception, overwhelming average processors. Virtual reality and 4K gaming demand a next-generation CPU to truly showcase their stunning new levels of immersion. The AMD Ryzen is that CPU setting new standards for high performance and efficiency.

No matter what you do with a PC powered by a new AMD Ryzen CPU, you will experience new levels of performance.

The latest generation of PC applications like virtual reality and 4K gaming put an incredible demand on your computer’s CPU. This is exactly the scenario where the new AMD Ryzen processors are designed to excel, delivering the lightning-fast responsiveness and maximum efficiency needed to make these new immersive experiences not only possible, but ultra-realistic.Featuring an advanced new “Zen” architecture with powerful multi-threading capabilities, even the most demanding applications are no match for this new generation of AMD processors.

Whether you’re exploring new worlds in VR, gaming with friends, or pushing the boundaries of high demand computing, AMD Ryzen CPUs will take you there with a previously unimaginable of level of smooth, fast performance. When it comes to multi-tasking, multiple cores and multi-threading support are the key to maximum efficiency and maximized productivity. When a single core can process multiple threads simultaneously, your CPU has an edge; with AMD Ryzen processors, there are multiple high performance cores, each with advanced multi-threading capabilities.

With no cycles wasted waiting for one set of instructions to be completed before moving on to the next, these new CPUs have the technological edge needed to break traditional barriers to higher productivity.

Sit down at a PC powered by a new AMD Ryzen processor and you’ll be amazed by its powerful multi-tasking technology. Delays are an annoyance of the past. You’ll be able to stream, edit, create, browse, calculate and search, all at the same time, without missing a beat. Powered by AMD Ryzen means your PC is the ultimate productivity machine.

The AMD Ryzen CPU is based on AMD’s new “Zen” architecture, a platform packed with futuristic technologies that easily surpasses today’s desktop experience, and designed to ensure that AMD Ryzen continues to exceed expectations years from now.

Your AMD Ryzen-powered PC delivers the extreme performance needed to make the most of today’s high demand applications like VR and gaming, and its extensive use of efficient, future-looking technology ensures you’ll never be left behind. 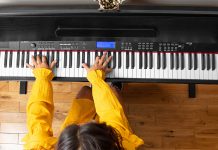 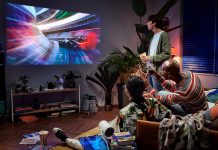