Best Buy Blog
Home Video Games E3 2016: What I most want to see at the biggest gaming... 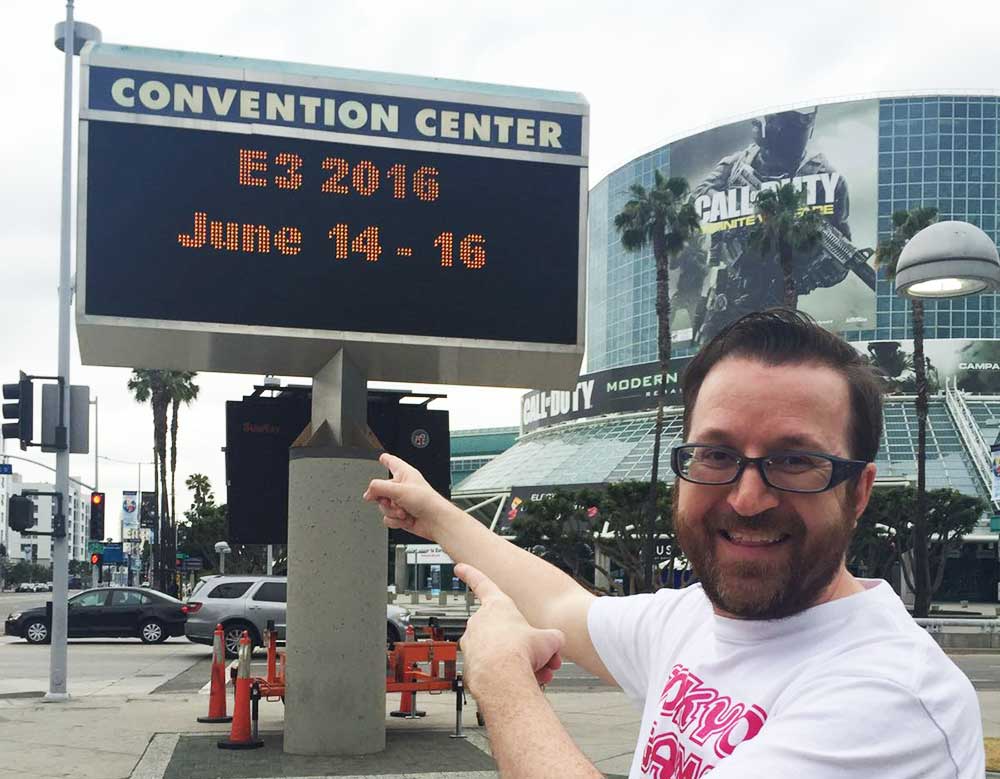 E3 is nearly here. It’s time to get excited!

Let the games, begin! No, not those games, I’m talking about the most thrilling, adrenaline-pumping video games that will soon be unveiled at this year’s Electronic Entertainment Expo, a.k.a. E3 2016! Get set for a week of mind-blowing game reveals, action-packed new trailers, updates on your favourite recently released titles, and a glimpse of the future with VR. All this and more is happening in just a few days, and I’ll be there to give you the inside scoop here on the Best Buy Plug-In Blog!

Joining me once again on this fun E3 adventure is none other than Mélanie Boutin-Chartier from Best Buy’s French language Branche-toi Blog. Together we’ve been busy over the last few months registering for press conferences, scheduling booth appointments, securing exclusive hands-on sessions for upcoming games, and perhaps even an interview or two—all so we can bring you, our readers, the very best straight from the show floor. Are there games you want to know more about? Let us know in the comments section below and we’ll do our very best!

In addition to the daily coverage of E3 right here on the Plug-In Blog, I’ll be giving you an inside look at all the major press conferences and highlights straight from the show floor on Twitter and Instagram! Be sure to follow me on Twitter @NextGenPlayer, and look for my frequent updates on the Reward Zone Gamers Club’s Twitter account and Best Buy Canada’s Instagram account as well. I also recommend connecting with Best Buy Canada on Twitter, just in case some gaming news shows up there, too!

As much as Mélanie and I can’t wait to share stories from our pre-planned schedule, we want this experience to be as interactive as possible, so please do send me your tweets, or reply to this post, and let me what YOU want us to cover! All of our social media content will be using the #BBYatE3 hashtag, so keep on hitting the refresh button—you never know when another photo, video, or message will appear!

Before I get into all the amazing attractions I’m looking forward to seeing at E3, I just wanted to remind you that right now Best Buy is running their incredible Road to E3 contest where you can win Xbox One and PlayStation consoles, in addition to some of the hottest recently released games. You can enter the contest via Twitter or on the blog, so click on through to read all the details. The contest runs now until June 13th, giving you plenty of time still to enter!

I know, I know, how can the show start before the show has started? Well, while E3’s official dates are June 14-16, the festivities begin a full 48-hours earlier on Sunday, June 12th. The Sunday, and the Monday are reserved for the glitzy and glamourous press conferences from industry heavy-hitters like Sony, Microsoft, EA, and more. These events will be livestreamed online, so you too can come see all the sure-to-be breathtaking announcements! Here’s the complete press conference schedule for E3 2016:

Whew! That’s a lot of press conferences, but of course it wouldn’t be E3 without an absolutely jam-packed schedule. I’ll be attending all these conferences with the sole exceptions of the PC Gaming Show (as I’ll be in the Ubisoft conference at that time), and the Nintendo Treehouse event, which won’t have a live component and will be streamed online. Still, by my count that’s five press conferences I’ll be attending (EA, Bethesda, Microsoft, Ubisoft, and Sony), so get ready for TONS of amazing photos, videos, and live impressions straight from the events themselves!

Games I can’t wait to check out

So what games do I hope to see and be able to play live at E3? Hmm…am I allowed to say all of them! While that would be amazing, naturally there will be so many games and so little time to test them all out, but here are games I’m definitely hoping to see more of: 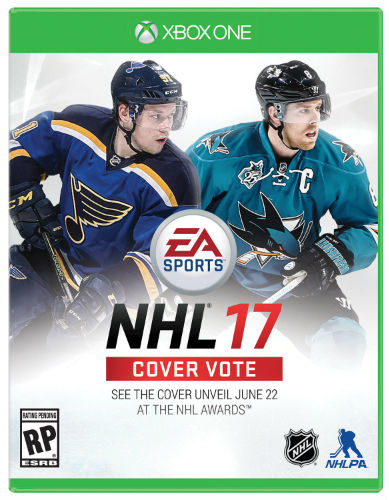 EA – Top on my list here is Battlefield 1, the stunning next entry in the first-person shooter franchise that is dialing back the clock to World War 1. The launch trailer looked awesome and I cannot wait to get my hands on this one. Other EA games I hope to try are Titanfall 2 and Mass Effect: Andromeda, two huge sequels to franchises I love. Given that this is EA, no doubt I’ll get chances to try out their latest sports line-up that will include Madden NFL 17, NHL 17, and FIFA 17.

Bethesda – They have been pretty tight-lipped about what’s coming to E3 2016, but games we’ll likely see include Dishonored 2, Battlecry and The Elder Scrolls Online Dark Brotherhood DLC pack. All three of these we found out about last year, so hopefully this time around we’ll get more information and perhaps a chance to play them. Fallout 4 also has more DLC planned, so I’m sure we’ll see more on that as well. What’s really exciting though are the rumours that Bethesda may announce a remastered version of The Elder Scrolls V: Skyrim and a sequel to The Evil Within, now that would be amazing!

Microsoft – The Xbox press conference last year stole the show, so I expect Microsoft will be back with another stellar event full of excitement. Games I can’t wait to see include the new Crackdown and Forza, Halo Wars 2, ReCore, Scalebound, and a little game you might know called Gears of War 4. There is absolutely no doubt in my mind that Microsoft will once again knock our socks off with jaw-dropping announcements, so I really can’t wait.

Ubisoft – It’s Ubisoft’s 30th anniversary this year and as such, I expect them to go all out. We just learned that Watch Dogs 2 is on its way, and that in itself is reason enough to be super thrilled. I also am craving more news on For Honor, Tom Clancy’s Ghost Recon: Wildlands, and South Park: The Fractured But Whole—three Ubisoft games sure to make an E3 appearance—but I also am quite interested in their new VR game Eagle Flight that lets you soar high above Paris from the eyes of an eagle.

Sony – Last year’s PlayStation conference had media in attendance literally crying tears of joy after the shock announcements that The Last Guardian is still in production after a lengthy media hiatus, and that Final Fantasy VII Remake and Shenmue 3 are coming to PS4. I hope we get further updates on each. Other games I hope to see more of include Horizon: Zero Dawn (which unfortunately has been delayed to 2017), Gravity Rush 2, Dreams (from LittleBigPlanet developer Media Molecule), and Detroit: Become Human (the next game from Quantic Dream.)

Well, that about covers all the press conference, but there are still so many other great games I’ll be on the lookout for at E3. Some of them include Activision’s Call of Duty: Infinite Warfare, Square Enix’s Final Fantasy XV, Nintendo’s The Legend of Zelda, 2K Games’ Mafia III and Civilization VI, Atlus’ Persona 5, Koei’s Nioh, and many more. We’re just a couple of days away from E3, it’s going to be amazing and I am greatly looking forward to sharing it all with you!

Be sure to come back and check out all the news right here on the Best Buy Plug-In Blog, as well as on Twitter and Instagram with the hashtag #BBYatE3. You can also bookmark the Best Buy E3 2016 page to make sure you stay up-to-the-minute with each and every exciting announcement!