During the warmer weather months, you will likely see a lot of people using electric transportation, with their low-powered vehicles (e-bikes, hoverboards, and electric scooters) travelling to and from work, doing their shopping, or just enjoying a fun ride. It’s around this time that a lot of questions also come up around whether there are specific road rules tied to driving them. In this article, I’ll dive into some of those rules and regulations Canadians should know.

In our country, low-powered vehicles used to fall into a side classification of the Motor Vehicle Safety Regulations act. While Transport Canada maintains regulations for Low Speed Electric Vehicles (with 4 wheels), the regulation of scooters and e-bikes (which they previously defined as “Power-Assisted bicycles”) were handed back to the Provincial Level back in 2020. Summary of low-powered vehicle regulations at the Provincial level

Since each Province sets their own rules and regulations, they may also have handed responsibilities down to each municipality to define their own road rules too. If you have trouble finding local rules for e-bikes, they may also fall into named categories like “power-assisted bicycles” or “low-powered vehicles” in addition to the traditional name of electric bikes or scooters.

For example, here in British Columbia, I noticed that both Vancouver and Chilliwack have local definitions for operation on roads. You’ll need to familiarize yourself with the rules where you live as typically, the only common rule which exists everywhere is that helmets are required. Outside of that, there might be variance on the classification of these vehicles under Provincial rules (i.e. whether or not licenses are required to operate), whether you can ride on the sidewalks or have to ride on the roads, and even what the upper speed and weight limits might be.

How each Province views low-powered vehicles may also determine the path to take with insurance. Assuming there are no licensing regulations to operate an e-bike in your Province, you may want to speak to your home insurance provider to find out if personal liability and replacement for theft, loss, and breakage is covered on that policy or if you need to buy something else to offer you that type of coverage. As someone that has worked in that industry, I always advise that you should make sure you have the right coverage for your investment and for yourself. Let’s take a look at some examples of how e-bikes and scooters are viewed legally in different areas of Canada. In BC, you must be at least 16 years old to operate an e-bike and must wear a helmet at all times. In addition, the top speed allowable without pedaling is 32 km/h. In addition, as long as your e-bike is under 500 watts and falls under the definition of “Motor Assisted Cycle”, you don’t need any sort of special licensing or liability insurance. Once you pass those upper thresholds, however, it would be advisable to speak to ICBC to see if they classify it as a vehicle and require you to carry separate insurance. BC also requires e-bike riders to follow all the rules of the road for regular cyclists. This includes proper shoulder checks and hand signals when turning.

ICBC’s rules for low-powered vehicles can be found here.

Those rules are just for e-bikes, however. Motorized scooters are considered separate in BC and are a fair bit more restricted. BC is still working out many rules through a pilot program taking place in some cities. One huge change that differs it from e-bikes, however, is that maximum speeds are different. While an e-bike can move up to 32 km/h, scooters aren’t permitted to go faster than 24 km/h. Check the above link for more information and to find out if your city is participating. If you do not see your city there, there’s a link on that page to contact your municipal government to see if they will be participating, and when.

Alberta has much more relaxed rules than most Provinces. You only need to be 12 years old, and there are no rider or vehicle weight restrictions for e-bikes. However, if you are under the age of 16, you are not permitted to have passengers ride with you. Alberta law also requires e-bikers to ride as far to the right as possible. No specific licensing and registration is required otherwise.

Alberta’s rules advise that a motorcycle helmet specifically is required for operation. In addition, the definition of a power-assisted bicycle aligns with BC in that it is a top speed of 32 km/h with a 500 watt motor. Anything larger or faster and it may fall into the definition of a moped, which has a completely different set of rules.

Regionally, where you can operate your e-bike might change too. Edmonton says very clearly that these vehicles aren’t allowed on sidewalks or unimproved trails, while Calgary goes one step further to restrict e-scooters in general from being used anywhere but pathways, unless they are part of a scooter sharing program, in which case they’re allowed everywhere but on the roads. Electric bikes are allowed everywhere but sidewalks.

More information about vehicle classifications can be found at Alberta’s Ministry of Transportation website, but again, check your local rules because as you can see, mileage may vary. Ontario was one of the last Provinces to adopt e-bike laws in Canada, and they have some of the most specific rules in the country, including maximum weight limit classifications (55kg for the bike, 120kg for the rider), a bilingual safety label on the bike itself and then some of the same things BC residents must abide to (minimum age 16, 500 watts or less motor, 32 km/h top speed). In addition, e-bikes must also be capable of stopping within 9 metres (on a leveled asphalt surface) and must have two independent braking systems that apply force to each wheel.

Ontario regulations also make it illegal to modify the bike’s speed and power. Otherwise, e-bike riders must adhere to most of the other rules that regular cyclists to, with a few exceptions. This includes the use of hand signals and obeying any regional restrictions, such as areas that forbid the use of e-bikes in bike lanes, and major roads where they cannot be operated altogether. A comprehensive guide is available directly from Transport Ontario.

e-Bike rules in Quebec seem to be fairly lax compared to other Provinces. The main takeaways are that the motor needs to be 500 watts or less and riders as young as 14 are able to operate them, albeit with a Class 6D license until the age of 18, after which no license is required. Riders must use hand signals or establish proper eye contact with intent to cross the street and must follow any local or regional rules set out for cyclists.

For example, there may be crosswalks that bar cyclists from using them. If there is also a “no right turn on red” sign on the road for vehicles, cyclists are not allowed to turn, even if the pedestrian walk light is on and they hop off their bike with the intent to use it. An e-bike is not permitted in bike lanes either if it has a moveable step attachment. More information, including permissible helmets are available through the SAAQ website. While researching the topic, I also discovered some interesting e-bike facts from some of the other Provinces, which include:

As you can see, every Province (and even cities within the Calgary and Edmonton example) seem to look at things differently. If you’re in the market for an e-bike or scooter, make sure that you check out the model you’re looking at getting and how it’s classified in your area. If you’re searching for a new e-bike or scooter, check out the full range available now online at BestBuy.ca.

For those of you who are current e-bike and electric scooter owners, do you have any recommendations? I’m a fan of electric scooters myself, though I admit it’s been years since I’ve ridden a bike.

If you’re looking for an electric scooter and need some help picking, please have a read at the Best Buy Blog’s Electric Scooter Buying Guide. 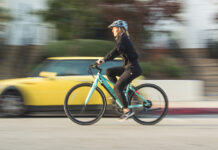 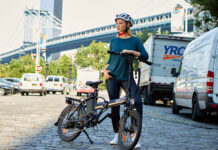