With work, household chores, errands, and taking my son to school and various after-school extra-curricular activities, the time I have left to cook dinner on many weeknights has been quickly depleting over the years. It’s a shame, because I absolutely love to cook, bake, and experiment with new recipes. But more often than not, I end up resorting to making fast and easy dinners.

Thankfully, there are a number of small kitchen appliances that can help you make delicious dinners in a pinch, instead of rushing to the drive-thru or ordering take-out. And often, they require very little prep time.

Using a blender to make fast and easy dinners

When you think blender, you probably think smoothies, which indeed are nutritious, vitamin-packed breakfasts or snacks on-the-go. But a smoothie does not make a full meal.

Thankfully, you can leverage the power of a blender to make meals, too. They are great for quick homemade sauces: get some pasta in boiling water on the stovetop, and while it’s cooking, throw some fresh basil leaves, walnuts, garlic cloves, grated parmesan cheese, and olive oil into the blender for a super-quick pesto sauce. Or use a blender like a high-speed Ninja or Vitamix to quickly transform fresh vegetables and broth into healthy, homemade soup. Throw in some of last night’s leftover chicken, and/or some cooked pasta noodles, and heat it up for a more robust meal that takes an extra few minutes. Things like soups and sauces can also be made in big batches in a large blender, then stored in the freezer for quick re-heating on those nights when you don’t have time for even the 10-minute preparation. Some, like the Ninja Kitchen System, include a chopping blade that can also dice fruits and vegetables for quicker preparation of heartier soups and stews.

You can also use a blender to turn boiled or baked potatoes into a smooth mashed as a quick side dish to go with some protein. Or make a healthy snack like homemade hummus you can serve with veggies when you aren’t hungry for a full meal.

Using a cooker to make fast and easy dinners

What sold me on the Instant Pot was its ability to cook meals in a fraction of the time of using the stove, oven, or slow cooker. I’ve used mine to make everything from a whole chicken with vegetables and potatoes, to short ribs, and kid-friendly (and much approved!) mac and cheese, without that awful powdered stuff. I also use it to quickly steam vegetables, like corn, for a side dish, or cook potatoes while my husband is barbecuing something on the grill. Baking potatoes, for example, can be done in about 20-25 minutes, or half the time it would take on the grill or in the oven.

You don’t necessarily have to get an Instant Pot, though. There are lots of cookers that can help you save time. Slow cookers, for example, operate contrary to the concept of saving time, since you have to cook items anywhere from 5-10 hours. But they can actually save you take with great “dump and cook” meals. Throw in flank steak or pork with spices, sauce, and veggies before you leave for work in the morning, and set it to cook on low through the day so a meal is ready to eat by the time you get home.

Rice cookers are great when you’re crunched for time as well. While they might not cook rice quicker than you could on the stove, they are very convenient. “Set and forget” it while you focus on cooking your protein or fish to go with the rice at the same time.

Dedicated pressure cookers, or the growing category of multi-cookers, can cook meat, chicken, or other proteins and fish quickly, along with potatoes, vegetables, and other sides, at high pressure. Leave it to cook and go about your other chores until it’s time to release the pressure, and enjoy a full-cooked meal from one pot.

Using a toaster oven to make fast and easy dinners

Need a quick grilled cheese? Homemade pita pizza? Casserole? A toaster oven can accomplish it all in a snap. Assemble a sandwich with meats, cheeses, and other desired toppings, then pop it in to get a perfectly toasted version that’s more suited to dinner than lunch. Serve it up with a side salad you can put together while you wait for it to toast. Or, set items on the table and have fun with the family making personal sized pizzas, with each person selecting the toppings of his choice, then cook them one or two at a time.

Many toaster ovens have preset cooking options for everything from toast to pizza, or even roasting, so you can press a single button to initiate, and get the perfect cook based on what you place inside. Some even come with a convection and slow cooker setting if you want to get creative.

Using a dual-purpose microwave to make fast and easy dinners

This isn’t your grandmother’s microwave. These small appliances can actually cook and steam food, not just defrost and warm up. When in a pinch, throw in a baked potato, pizza, or leftovers for quick reheating to get dinner ready in a fraction of the time.

Some include convection options, as well as one-touch functions, adjustable power levels, and multiple cooking programs to ensure you get the right cook. I love using my Instant Pot to cook items directly from frozen, since I often forget to take the chicken thighs or sausages out of the freezer the night before. You can also quickly cook frozen foods in a microwave by using the defrost setting first.

When I was in university, one of my favourite quick, simple, and affordable dinners was a grilled cheese and chowder, with the former made in a perfectly portable sandwich maker.  And to this day, I still consider the combination one of the greatest comfort food, rush dinners you can make.

Pop in two buttered slices of bread and whatever fillings you want; ham, cheese, peppers, pastrami; you name it, press down the top, and a hot and delicious sandwich is ready in literally minutes to pair with a quickly prepared side dish (perhaps some delicious blended homemade soup?)

Another small appliance that can help you make quick and easy dinners is a portable indoor grill. Get some burgers on, even in the frigid winter months, use it as a Panini press to make sandwiches like the ones from your favourite restaurant, or griddle bacon, sausages, whatever your heart (or rather stomach) desires for a fast dinner.

Fast and easy dinners don’t have to equate to picking up the phone and ordering from your favourite local restaurant, or popping by the drive-thru on your way home to feed the family. There are simple-to-use small kitchen appliances that help you make quick dinners, with little to no prep. A tip: try and come up with weekly meal plans, and do some prep ahead of time, whether it’s pre-chopping and washing vegetables or marinating meat, so you can get dinners done even faster.

See plenty of small kitchen appliances in every category at Best Buy Online. 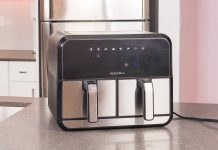 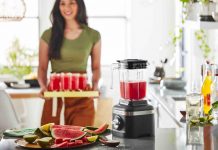 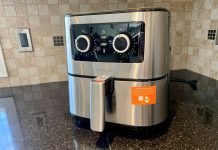