Experience a healthier lifestyle for you and your family with Fitbit 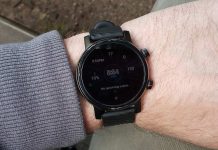