Samsung got a head start on most of its consumer electronics rivals with the . While the Galaxy Gear had many fans, it missed the mark in terms of mainstream acceptance. Samsung was obviously taking notes because when it announced the replacement —only five months after introducing the original— most of the issues noted with the Galaxy Gear had been addressed. A day before the start of the Mobile World Congress, Samsung unveiled a pair of new smartwatches: the Gear 2 and Gear 2 Neo available now at Best Buy.

A Pair of Replacements

Rather than try to satisfy everyone with a single device, Samsung opted to split its smartwatch line into two models.

The Gear 2 (shown here in orange) most closely resembles the original Galaxy Gear. Complaints about the camera integrated in the watchband have been answered by moving it onto the watch body. This makes the band easily (and much less expensively) replaceable. It’s slightly lighter than the original, yet retains the same brilliant 320 x 320 AMOLED display.

And despite a slightly smaller battery and more powerful CPU, the Gear 2 improves on one of the original Samsung smartphone’s primary shortcomings: battery life, now rated at 2-3 days of typical use.

The Gear 2 Neo (shown here in grey) is nearly identical to the Gear 2 with the exception of the camera. The Gear 2 Neo has no camera, making it even lighter and presumably offering a lower priced model.

While the original Galaxy Gear was compatible with just the Galaxy Note 3 and the newest Galaxy Tab 10.1 tablet on launch —tough to swallow when a smartphone or tablet are needed to power many of the smartwatch functions— the Gear 2 and Gear 2 Neo will support dozens of Samsung mobile devices.

Wearable technology is blowing up big and Samsung has decided to push its own Tizen operating system as a wearable tech OS platform. So goodbye Android. There are still plenty of apps to choose from though, and you can expect more as Tizen adoption spreads across Samsung wearables.  One of the first apps that has been announed is the Spritz reading app which is a clever new way to read text  – read more about it here.

Fitness Trackers Need to Watch Out

Samsung added some new functions in a clear attempt to make the Gear 2 and Gear 2 Neo appeal to the people who are currently buying fitness trackers. A heart rate sensor is built in, the watch offers multiple exercise modes and a standalone music player has been added.

So picture it: you have a few gigabytes of music stored on your Gear 2 or Gear 2 Neo, so you go out running, streaming the music to your headphones over bluetooth (no wires!), it’s raining but your watch is water resistant so that’s no problem, and all through the run you can check your heartrate, with the built in monitor, and track your progress as you achieve your fitness goals.

Couch potatoes haven’t been left out either, thanks to the inclusion of an Infrared sensor powering its WatchON TV remote control. No need to search for the remote – work your television or stereo using your smartwatch.

We don’t have specifics on Canadian pricing or availability yet, but Samsung says to expect worldwide availability starting in April —you can bet you’ll see the Gear 2 and Gear 2 Neo at Best Buy. In the meantime, you can still find the original, Android-powered Galaxy Gear smartwatch.

Want to learn more about smartwatches? on the high tech wearables.

Learn more about  the Gear 2 and Gear 2 Neo here. 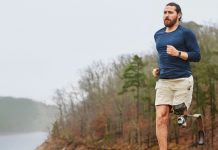 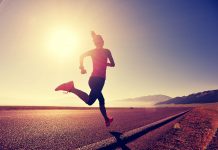 Running made easy with the latest tech 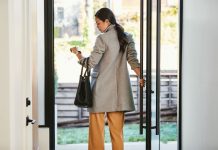