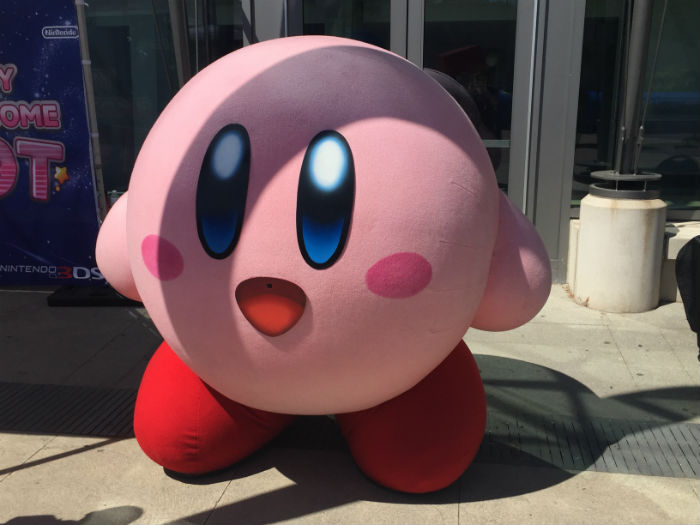 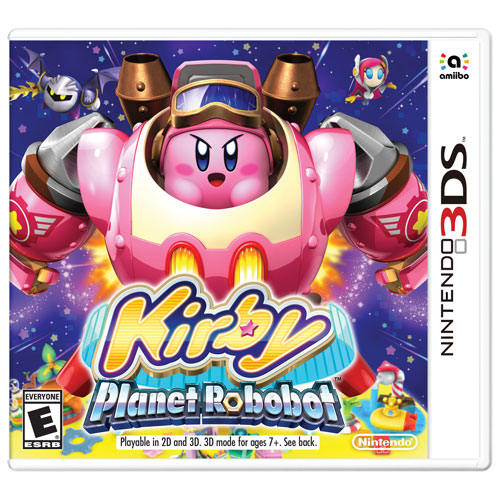 From his video game world to the real-world

This weekend I had a chance to pose and take pictures with a life-size Kirby, and it’s every bit as cute as you’d probably imagine. Round, plump, and exceedingly pink, the heroic puffball leapt from his digital game world and into the real-world to celebrate the upcoming launch of Kirby: Planet Robobot on Nintendo 3DS. The kid in me loved meeting Kirby, and it was evident from the smiles on everyone’s faces in attendance that I wasn’t the only one enamoured with Nintendo’s irresistibly sweet happy-go-lucky hero.

Taking place in a tented spot just outside the Ontario Science Centre’s main entrance, the Planet Robobot event was filled with excited children and families who all got a chance to play a demo of the new video game, and participate in various fun activities. My favourite part of course was meeting Kirby himself, who was much larger than I expected, and surprisingly agile for his size. Onlookers asked Kirby if he’s able to perform actions like jumping (which amazingly enough he could do), or come closer (in response, he humoursly waddled) much to the audience’s delight. 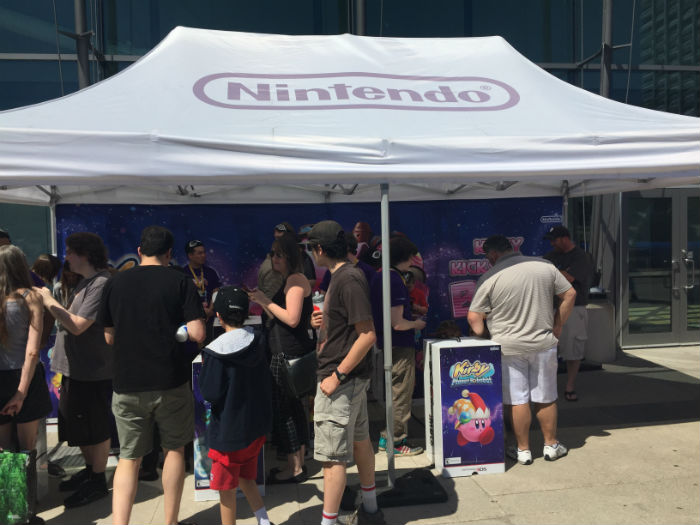 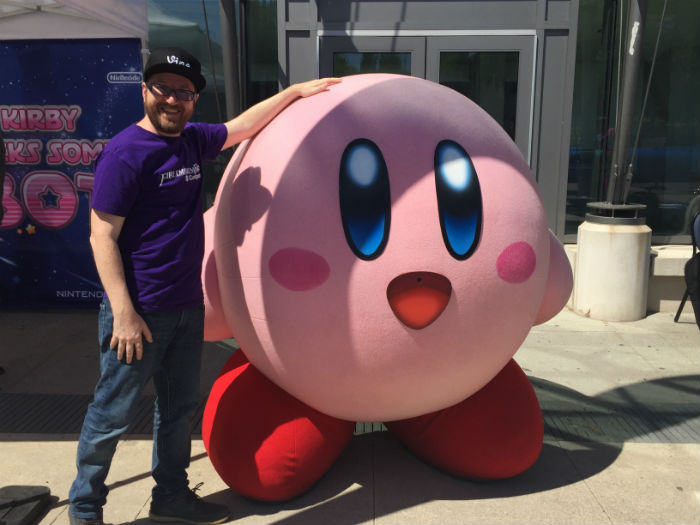 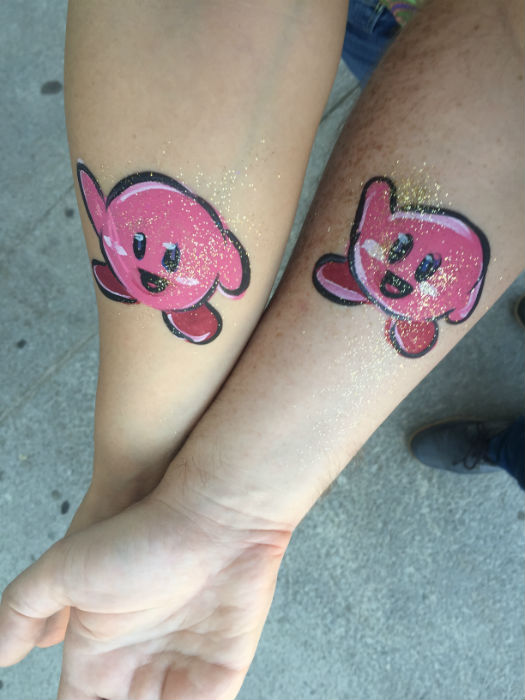 included a body painting station where you could get a smiley Kirby drawn on your arm, and a full-sized version of Kirby’s new Robobot Armour with a face cut out, perfect for taking amusing photos. My wife and I both attended the event, and happily participated in each of these fun activities, tweeting out all the fun we had. We ended up loving our Kirby arm paintings so much that we decided to keep them for the rest of the day! 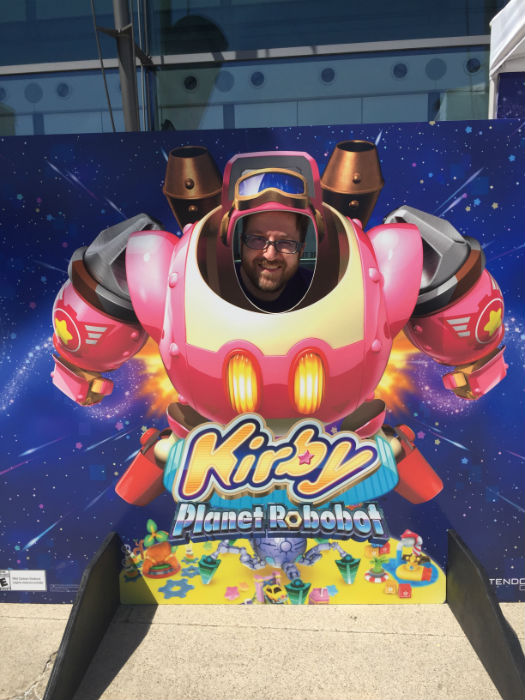 The main reason for going though was to get an early sneak peak at the all-new Kirby: Planet Robobot. The demo I tried had two playable levels: one focused on traditional Kirby platforming action, and the second showcasing Kirby’s powerful new Robobot Armour. What immediately jumped out at me is the new sci-fi setting of this game, which is actually a reskinned version of Kirby’s Planet Popstar after the invasion of mysterious robotic invaders. The first demo felt very familiar, bringing back Kirby’s signature ability to inhale enemies and absorb their powers, while also allowing you to travel between foreground and background layers just like in Kirby: Triple Deluxe. As a big fan of Kirby games, I had a blast experimenting with the range of copy powers available to me on this one demo level, and battling enemies across multiple planes.

Even more fascinating was the second demo level that gave me my first test run of the all-new Robobot Armour. Early into the level Kirby commandeers an enemy mech suit, which amplifies his strength significantly and opens up many new gameplay possibilities. For starters, in the robo suit Kirby can now destroy larger objects to reveal new passages or hidden items, and he can pummel enemies normally too large for wee lil’ regular Kirby to handle. Secondly, the suit has the capability to scan enemies and copy their powers much like Kirby can, but these powers can be unleashed in unique new ways. The three Robobot modes I tried out were Fire, Beam, and Sword, and it was a joy to wreak havoc (way more than you can playing as Kirby) with these powerful new scan abilities. 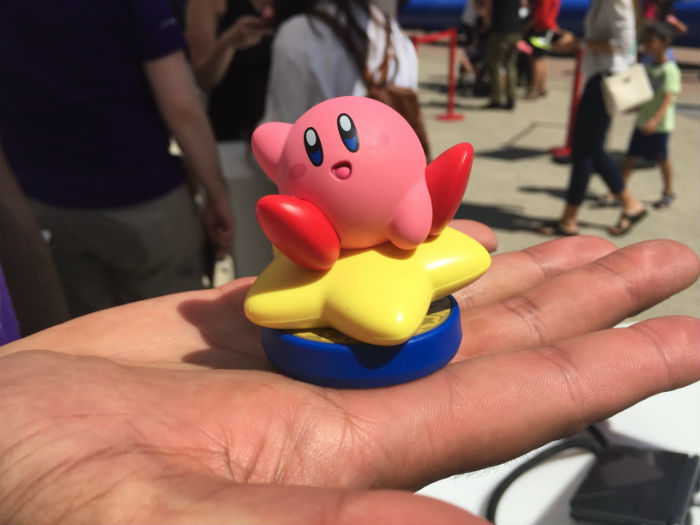 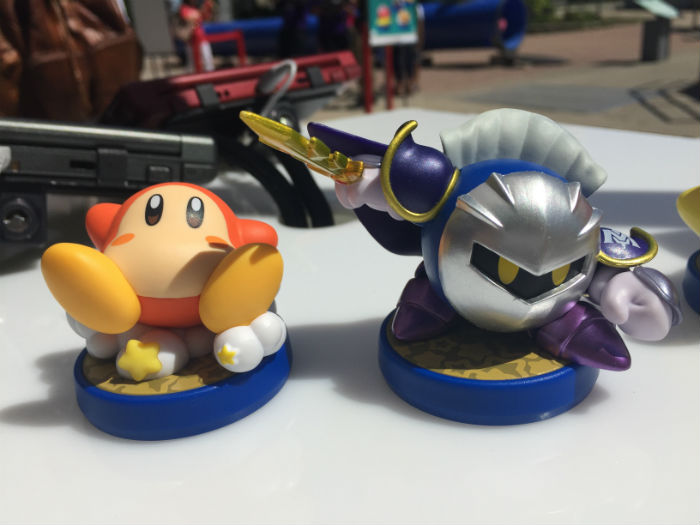 While at the Planet Robobot event, Nintendo 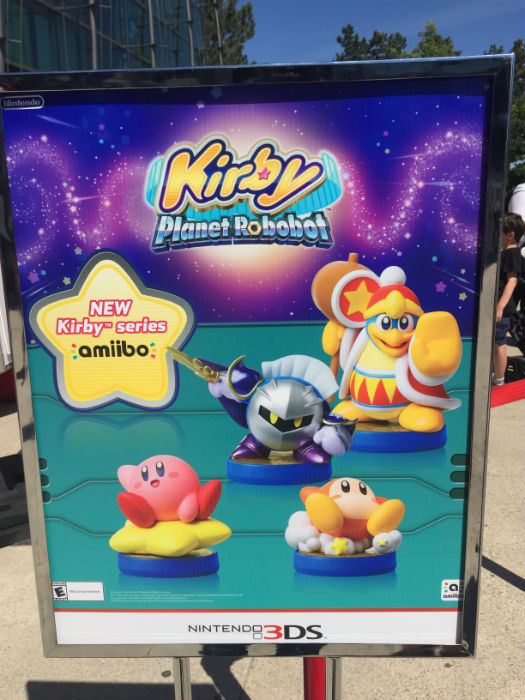 gave me a chance to check out the brand new Kirby amiibo series that launches day and date with the game. The four new amiibo figures include new models for Kirby, King Dedede, and Meta Knight, as well as the lovable Waddle Dee, who makes his long-awaited amiibo debut. I didn’t get a chance to tap the amiibos on a 3DS system to see what happens, but a rep told me they will give Kirby new appearances or abilities. Other amiibos are also going to be compatible with Kirby: Planet Robobot, and they too can give Kirby new looks or special powers.

Overall, I have a fantastic time at the event and it made me look forward to June 10th, the game’s release date, even more. Before I left, Nintendo gave me a sticker sheet containing characters from the game and showing Kirby in a few Robobot modes—a nice parting gift!

Looking forward Kirby: Planet Robobot? Let us know in the comments section below what you think of the game!