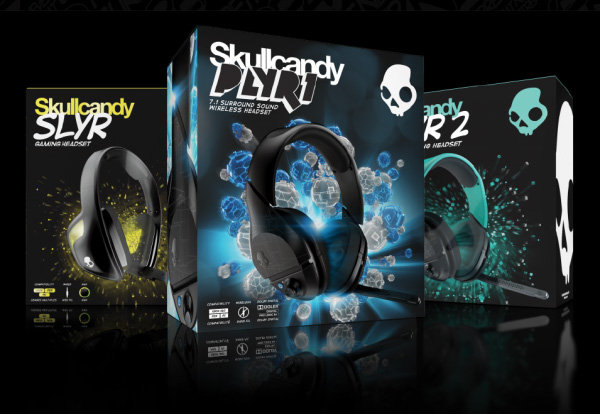 With my recent headphone experiences contrasted against my old ones, it looks to me like the gaming headsets are making a strong case for being the only headsets you really need. Coming practically on the heels of my last article dealing with gaming specific headphones, there were some striking similarities in the sets. In the course of my research I learned that ASTRO and Skullcandy are one and the same. Or, rather, ASTRO Gaming, with their history of awesome tech accessory design were purchased by Skullcandy, and this is good for you. I have had good experiences with Skullcandy, their proprietary ‘Supreme Sound’ delivery system is excellent but it’s the favors that ASTRO brings that makes this a party. 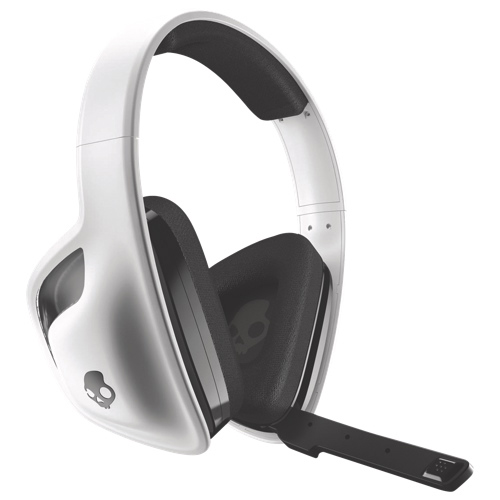 The entry level offering in our Skullcandy Trio, the Skullcandy SLYR (get it? SLYR with no vowels because it’s for GMRS) is a very easy way for someone to step up their listening experience. As I’d mentioned in my last headphone review, though I hadn’t really appreciated this before, it’s an underrated part of personal entertainment that makes a world of difference. Don’t get me wrong, these are still a few dollars, but if you’re currently getting tinny sound from a pair of $19.99 Mall-Mart specials, you’ll be getting a lot of value for your investment. Though not as big a set of cans as I tend towards when buying for myself, the SLYR is nonetheless a sturdy and comfortable over ear design. of a slimmer profile than its elder siblings, SLYR losses some of the rigid strength in the body, but they still look like well made headphones that will survive the rigors of delivering sound to your ears . The ‘tuck-away’ mic is a new feature to me, and one I appreciate. Gaming headsets offer a great sound experience at a reasonable price, but you’re not always gaming or using a mic, its unnecessary for it to disappear completely, but a nice touch nonetheless. Bringing the headset to life is the Inline Gaming Volume Control. A mini mixer, its the heart of your set up. Choose between EQ modes, as well as Volume and Voice/game balance control. The cord itself is ridiculous, a cord of many cords, like the offspring of Cthulu sprawling across your media area. However, it’s a necessary evil for the experience, making universal function across platforms possible. There are video tutorials that break down the system if it seems a little complicated just looking at it (and it might). It’s really not so tough once you see how it’s done. Powered by Skullcandy’s ‘Supreme Sound’ you’ll be impressed with what you hear. These folks know how to get sound from one place to another, that’s for sure. Ultimately, if you spend time consuming media on either your PC or a gaming consol, the only reason not to have these is if you’ve already invested in a quality set. 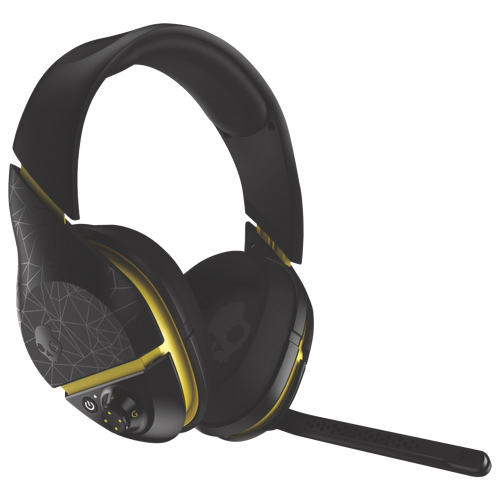 Though I do appreciate why they named them this way, I can’t help shaking my head a bit with the naming conventions (I promise I wont mention it in the third and final segment of the review). The next step up in the Skullcandy series of gaming headsets, Skullcandy PLYR 2 is a move towards the bulkier and sturdier, which for me is a big plus. That said, these are still of a smaller design than the comparable ASTRO models, which might be better or worse, depending on preference. Wireless, the PLYR 2 headset receives its signal from a very low profile transmitter that allows cross-platform functionality. A step up from its little brother, PLYR 2 is a bit more cost, but much cheaper than many units offering similar features, and might be one of the smallest investments available to those of us interested in a wireless experience. Though not as necessary for people who primarily game on PC, the alternative is having cords stretching like tripwires across your living room floor. Add a household pet, friend or spouse with full hands, or a toddler, and you might not be enjoying games for long. The flexible mic snaps up and out of your line of sight and locks in place. EQ mode control is on the headset itself, along with the volume and voice/game balance knob. I will say that I’m not a big fan of the design here. A four way toggle, the method of control is a bit finicky and flimsy, making it hard to be sure just what input you actually put in. This is my only complaint though. For the price, this is to wireless what the Slyr was to wired, solid tech at a very reasonable price point. 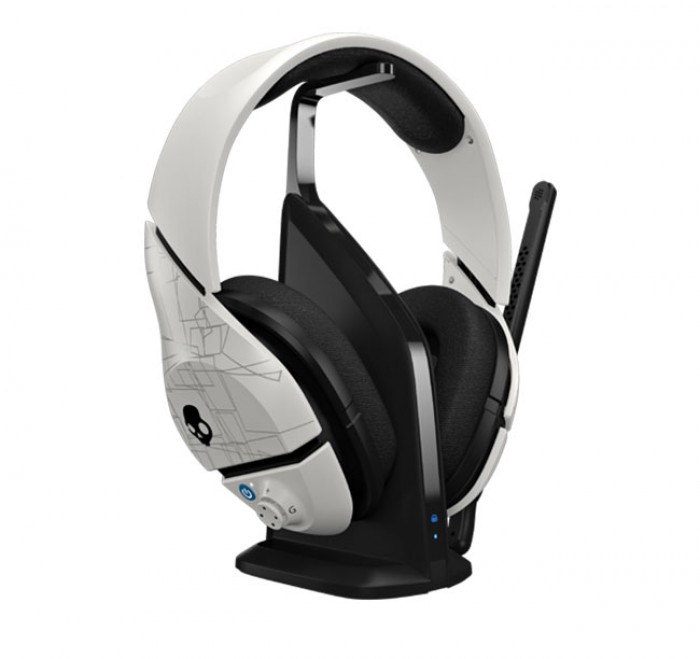 The granddaddy of them all, Skullcandy PLYR 1, much like its sibling PLYR 2, is a wireless gaming headset. Also, like its sibling, it uses the same design, meaning the headset unit itself is, color or artwork aside, exactly the same, down to the silly fiddly knob. So how is it different? Glad you asked, it’s in the sound. Surround sound to be exact. 7.1 channel surround sound to be whatever is more than ‘exact’. While an upgrade from a basic set of headphones to something like the Skullcandy SLYR might be a bigger jump in the overall sound quality of your media enjoyment, the surround sound, while more subtle, isn’t to be denied. This is most pronounced for folks who love them some multiplayer shootering. While it kicks up a notch the listening experience of any game, movie, song, etc, for games that involve people or AI coming to get you before you get them, the audio cues are huge. Whether it’s an enormous monster, or your buddy with an assault rifle, it helps to know what direction their coming from. The transmitter, a much larger affair than that of the PLYR 2 doubles as a stand. While my desk tends towards the ‘cluttered’ aesthetic, for those of you who like things to be ‘out of the way’ it’s a small touch that makes a difference.

You can see the ASTRO influence in the design of these three offerings from Skullcandy, ultimately, this is a winning combination for the game enthusiast. Though the ASTRO A40’s and A50’s are, in my opinion the superior experience when you put them head to head, they are also priced as such. The beautiful thing here is that the Astro Tech, with the Skullcandy design provides an incredible framework for a low investment to quality ratio. Basically these are the easiest way to get great sound quality and access to a wireless capability that makes a real difference. True story – my laptop was appropriated by my son, so, I had no music while in the kitchen, the PLYR 1 headset delivered audio from my PC all the way into my back yard as I grilled up some burgers. I think you’ll agree, that’s fairly awesome. And with the PLYR 1 set, the added bonus of surround sound can’t be overstated if you want the most out of your gaming, music, movies and so forth.

Here’s a link to Skullcandy’s gaming product page, so you can look at all the shiny shiny colors.