Did you know that there are special rules related to riding electric and low-powered personal vehicles (such as e-bikes and scooters) in Canada? Well, there are, and today I’m here to clarify them for you. But there’s no need to worry—it’s not really complicated at all. So, if you’re interested in getting an electric bicycle (e-bike) or electric scooter (e-scooter), by the end of this post you’ll be much better prepared to do so both safely and legally in Canada.

Safety rules for e-bikes and e-scooters in Canada

The first thing to note is that e-bikes and e-scooters in Canada fall under the federal classification of low-powered personal vehicles. However, no special licensing or insurance is required for you to use them, and you need not pass any special tests or identify your e-bike or scooter by the placement of a license plate. As far as country wide oversight goes, this is really all you need to know.

Both provincially and locally, things do get a bit more complicated. Each province and municipality in Canada has the right to set forth its own rules and regulations regarding e-bikes and e-scooters, such as setting specific age limits for riding them or limiting riding to certain types of areas.

This creates the potential for significant variance in the rules for these vehicles from province to province within Canada, not to mention all of the different cities and towns within a given province. It is therefore incumbent upon you, the rider of the e-bike or e-scooter, to familiarize yourself with both the provincial and local rules for e-vehicles in your area before you hit the streets on your low-powered vehicle of choice.

E-scooters are permitted on private property in Vancouver, as well as on trails and pathways. Where they are not permitted, however, is on public roads and sidewalks. There is also some confusion regarding whether or not e-scooters are considered motor vehicles in B.C., and until this confusion is cleared up, some potential exists for e-bike and e-scooter riders to face fines for “failing to insure a motor vehicle”. This really isn’t something to worry about though, because although it did happen to someone, the ticket was later thrown out by the courts due to the inconsistency in the law.

As we wait for the laws to catch up with what’s actually going on out there, riders should take care to ride as safely as possible when operating an e-bike or scooter. What this mostly means is to wear the proper safety gear. And also pay attention to developments in the law by consulting the ICBC (Insurance Corporation of British Columbia) website for information regarding updates and changes to the existing laws and definitions as they come along.

If you live in Alberta, the Traffic Safety Act of Alberta should be your first stop when looking for information regarding riding e-bikes and scooters in your province. The main difference between Alberta and B.C. is that in Alberta electric scooters are allowed on sidewalks. They are also permitted on bike paths and private property, but not on a significant proportion of roads. However, the provincial government does leave it to the various municipalities to regulate the use of electric scooters in their own areas, and this opens the door to some confusion and frustration for riders. For instance, in Edmonton you can use e-bikes and e-scooters in designated bike lanes (which is technically on roads), but this may not the case in all Alberta cities, so it’s important to check the rules for your own municipality before you hit the road.

In Ontario, the Highway Traffic Act is your roadmap for navigating the ins and outs of riding e-bikes and scooters. As in British Columbia, this Act permits the use of e-scooters on private property, trails, and pathways, but not on roads or sidewalks. Also like B.C., Ontario’s definition of motor vehicles does not include electric scooters, though it does include e-bikes, which certainly makes for confusion. However, with the significant number of e-scooter riders in the GTA (Toronto) alone, there is a good chance that the law will soon catch up to reality and make provisions for riders that is clear and favourable.

Quebec is somewhat different from the other provinces and municipalities mentioned here. For instance, they allow e-scooters on roads where the speed doesn’t exceed 50 km/h. They are also allowed on private property, but not on sidewalks, and, perhaps somewhat perplexingly, they are also not allowed on bike paths, so the rules are quite different from most other places. There is also an age requirement in Quebec (you must be over 18), a training course must have been undertaken, and a helmet must be worn. For more information on Quebec’s rules for e-scooters, you can consult the SAAQ website.

As you can see, the rules vary greatly from province to province and even from municipality to municipality. Wherever you are in Canada, be sure to check your province and city regulations before you ride your scooter.

Even with the potential for considerable confusion when it comes to e-bike and scooter use throughout Canada, one need not be afraid to get out there and give them a try. These low-powered personal vehicles are super easy to ride, equally easy to maintain, and generally quite safe for responsible riders across a variety of different ages. They’re also highly convenient and a great way for getting from place to place. And always remember, responsible riders wear helmets and other safety gear when riding their bicycles or scooters—whether they are legally required to or not.

If you’re ready to enter the world of low-powered personal vehicles for yourself, first consult the regulations for your own local area (both your province and municipality), then visit Best Buy’s Bikes & Scooters page to see what’s available. There’s truly something for everyone, and you’re sure to be glad you did. 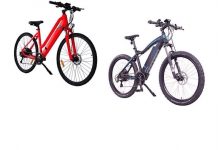 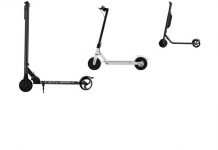 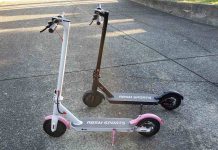