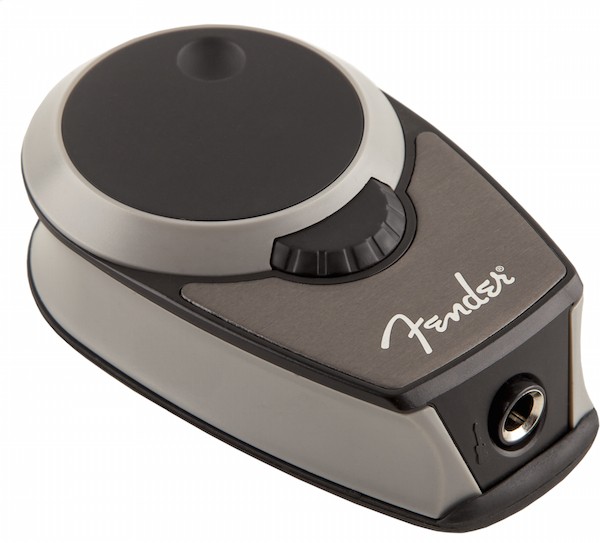 With the Fender FA-300CE, you get more than you pay for.

The Fender FA-300CE Acoustic-Electric guitar package bundles together everything that you need to produce a great acoustic tone in a live setting and in a recorded format. The FA-300CE is a solid acoustic guitar with great tone and playability for those wanting to learn the guitar, just starting to learn, and also for those intermediate players wanting to take the next step. The included Slide interface and accompanying software makes it incredibly easy to learn thanks to the Rock Prodigy software and to record and edit your music via the AmpliTtube software.

Like a lot of new music gear that is coming out recently, cross promotion and corporate synergies mean that you get more than used to as far as product, attention to detail, and bang for your buck. The Fender FA-300CE Acoustic-Electric Guitar Pack is no different. While you can still go to your local Best Buy and purchase “just” a guitar, package deals are increasingly providing you with more for your money and that is a good thing. As a result of this, when it comes to reviewing products there are often several aspects that will require closer examination and as such this blog will look at the acoustic-electric guitar itself as well as the accompanying interface and software to see if Fender has put together a package that meets the needs you are looking to fill. 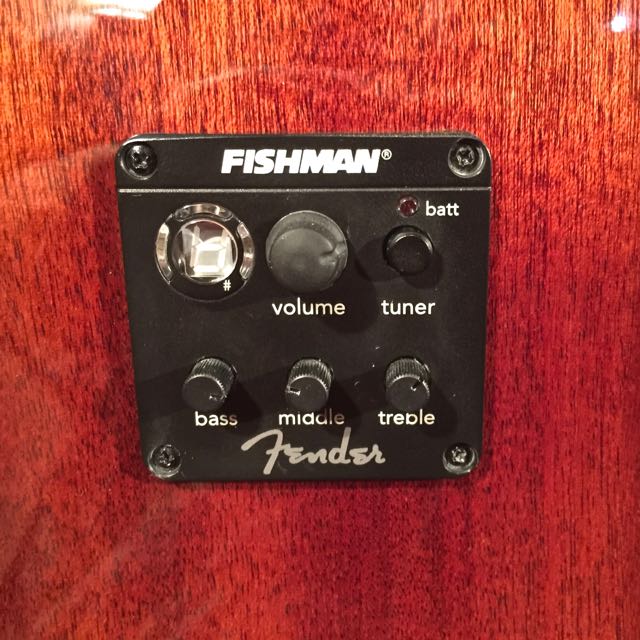 The Fender FA-300CE is a dreadnought style electric-acoustic guitar in a natural finish that has a warm tone and was what I found to be incredibly easy to play for a guitar in this price point. Dreadnought simply refers to the shape of the guitar and is what distinguishes it from a classical guitar, a parlour guitar, or a folk guitar for instance. Dreadnought is the most common shape for an acoustic guitar today. While not the least expensive Fender acoustic model on the market, that may well be the DG-60 which I found to be perhaps the best sounding guitar in the $150 price range that I’ve ever played, it is still entry level pricing but you’d be hard pressed to instantly know that if you just blindly picked one up and started playing it.

As far as the specs, the FA-300CE has a laminated Spruce top with Mahogany sides and back and features a single cutaway making it easier to reach those 20 available frets. The fingerboard is Rosewood over a Mahogany neck and this model features a vintage large Fender headstock. Some of the other little gems Fender points out are the Pearloid dot inlays, the black pickguard and the Rosewood bridge with a Graph Tech NuBone Saddle and nut. The electric part of this is courtesy of the Fishman Isys III pickup. This also features an oh so handy tuner with a very nice, bright, and readable display that clearly indicates your note and tells you in a red display whether you are sharp or flat and then the payload of green when you are in tune. There is also a volume control as well as EQ dials for bass, middle, and treble when playing through an amplifier you have another level of tone control in the most convenient of places. 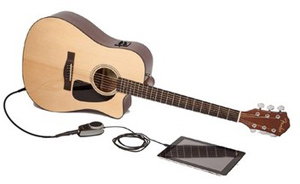 Before I had received the guitar, I tried to find out some preliminary information and did a Google search to see what I could find out. It appears that 1 person has posted reviews on several different sites claiming that their FA-300CE is virtually unplayable and that if you are just starting out playing guitar that you should avoid this model at all costs. I confess that had me a bit alarmed but I couldn’t help but notice that the exact same thing appeared on several different sites but all seemingly came from the same person. Someone with a grudge or an axe to grind? Perhaps, or maybe they simply received a defective product because I can assure you that this guitar is remarkably playable. I found that it frets up and down the board with very little effort and all the notes of a chord ring through and hold with pride. Picking individual notes as well is no problem as they resonate and at no time did I encounter any noticeable fret buzzing so it was well set up.

I compared it to a Fender DG-60 and it both feels and plays better than that model. While the DG-60 is an admirable guitar at its price point, the FA-300CE is a noticeably better guitar in every way. I even compared it against my Takamine electric-acoustic that cost several times more and while it doesn’t quite reach that level or playability or tone, it shouldn’t be expected to. It is a bit brighter sounding than I personally prefer but I was playing it with the stock strings and changing to my brand and gauge would certainly help in that area. For what it is going to cost you to get, the FA-300CE is an admirable guitar and we haven’t even discussed the bonus you get with the Slide interface and accompanying software. 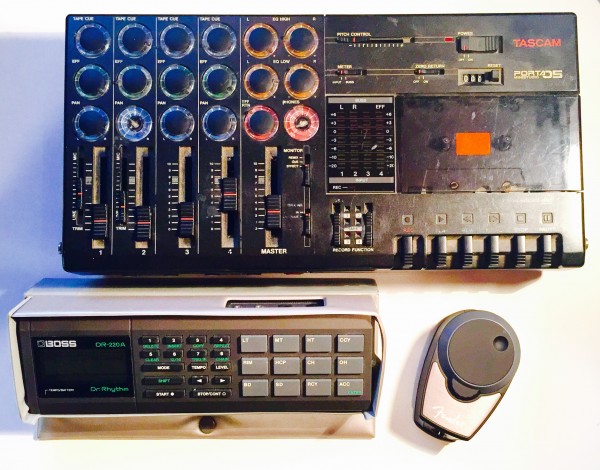 Guitar recording interfaces are making their presence felt in a big way recently as I have personally looked at the iRig Pro and iRig 2 recently. The Slide functions in a very similar manner. I mentioned in my last blog entry about the “ancient” Tascam 4-track recorder that I used in the 80s and 90s to get me ideas into some kind of permanent record. I’ve included a pic of the Slide interface next to my “porta studio” and drum machine as despite being significantly larger than the Slide, only offered a small portion of what you can get in this package from Fender. What we had in the “olden days” wasn’t ideal, it was certainly cumbersome, and I was left at the end of the day with a cassette tape that didn’t really sound all that great and sounds even worse today. The Slide interface takes care of all those things.

A simple to use piece of technology, you can literally pull it out of the box and start using it in many different ways. It takes up less space than a gaming mouse and when connected with a mobile device or your laptop/desktop offers even more incredible options for playing and recording. It has a ¼” jack input on the bottom of the unit and you simply plug one end into your guitar and the other into the Slide. The Slide does come with all the cables you will need to use this with including a ¼” guitar cable so if you are just delving into the world of guitar this really is everything you would need to get started. 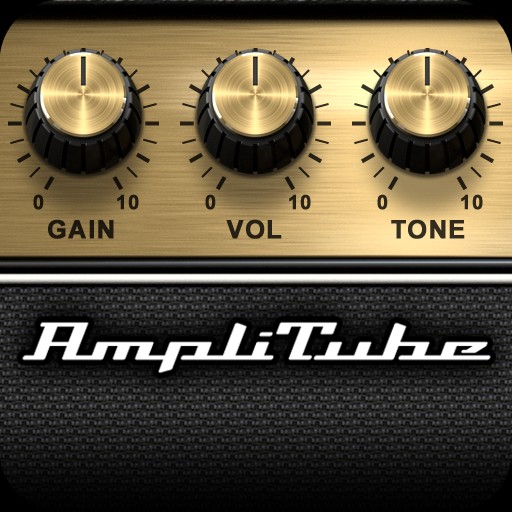 The interface does require you to download some apps, both for your mobile device and desktop computer. The Rock Prodigy and AmpliTube apps are free to download and when you register your Slide device they open up significantly more access to content than simply downloading the free version from the appropriate app store. For instance, if you go to http://www2.fender.com/rockprodigy/slide/ and register your Slide interface, you can get the full Rock Prodigy Lite version that includes some of the lessons and exercises you have to pay for in the regular “free” version of the app. Same principal applies for the AmpliTube software which gives you different amp and effects modelling as well as the capacity to record and edit your epic creations.

Both are great apps that really can help your playing and enjoyment of your guitar.

Attractive guitar, attractive tone/playability, and an attractive price make the Fender FA-300CE a serious contender all on its own for an entry level to intermediate guitarist. Include the Fender Slide interface, Rock Prodigy and AmpliTube software as well as the requisite cables for it all to work and this package from Fender truly does give you more than you pay for. I encourage you to swing by your local Best Buy and see for yourself if this is what you need to get started or to take it to the next level. 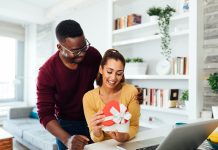