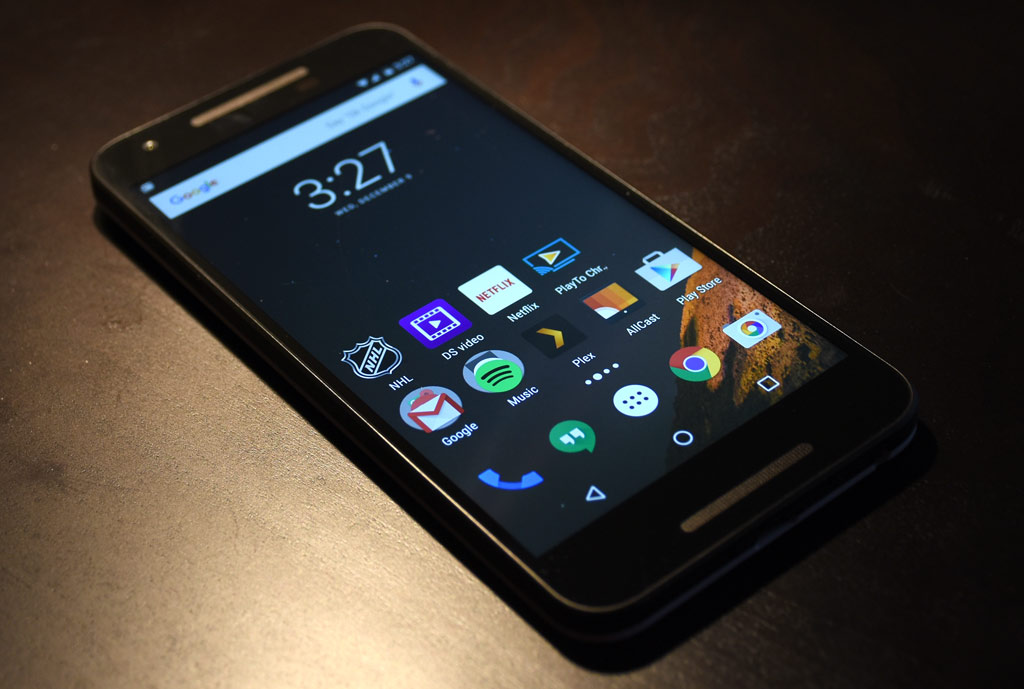 This year’s duo of Nexus smartphones has been the best Google has come to market with thus far, offering the best marriage of hardware and software to date. The Nexus 5X is the more affordable option between the two, though it benefits from having some of the same internal components. It also sports the same untouched version of Android 6.0 Marshmallow, making it far more open to customization.

Android purists love the Nexus line because it’s the most unfettered representation of the mobile platform. There are no overlays or other elements crammed in to give the devices an identity more tightly tied to the manufacturer. So, like the larger , the Nexus 5X is designed to be a significant step up from its true predecessor, the Nexus 5.

Yet again, LG was the manufacturer selected to make the Nexus 5X, and as such, the design isn’t a major shift away from that of the Nexus 5. The screen gets a slight bump up to 5.2-inches and a higher pixel density. The processor is also considerably faster, with 2GB of RAM and 16GB internal storage. Like before, there is no microSD card slot to expand storage further, and the battery is also non-removable.

The phone’s overall look and feel is pretty similar, save for some key additions. Despite a slightly larger display, the phone’s dimensions aren’t all that different from before. The back isn’t as rubberized as it was with the Nexus 5, using a smoother plastic finish instead that can get a little slippery if you’re not careful. 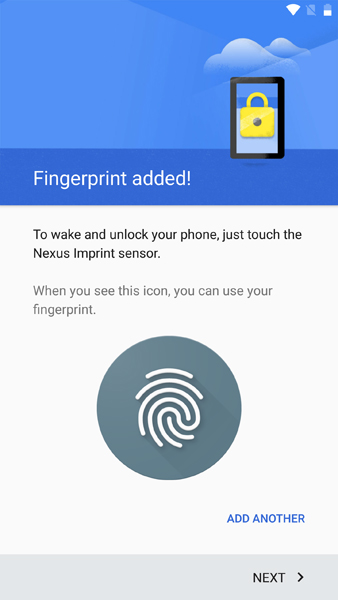 Like the Nexus 6P, the 12.3-megapixel rear camera lens protrudes slightly, creating a bump in the back that gives the body a slight elevation. Below that is the Nexus Imprint fingerprint reader, exactly like the one in the 6P.

Then there’s the USB Type-C port at the bottom, the same as the one in the 6P. Google has adopted this port with its newest devices, and you can expect other manufacturers to do the same in 2016, since it isn’t proprietary. The charger that comes in the box is fast and can get the Nexus 5X filled up in a fairly short time, but it’s also the only real way to charge the device. Unlike the 6P, which came with a short adapter cable that could plug into regular USB ports, the 5X doesn’t. So unless you have a third-party adapter cable, you would need to bring the charger and USB-C cable with you to plug into a wall.

Rounding out the design is a nano SIM slot, with volume and power buttons along the right edge. The weight is quite light at 136 grams, making this among the lightest phone’s I’ve used this year.

Starting with the fingerprint reader in the back, performance was exactly the same as it was during my time with the Nexus 6P. It captured prints of my two index fingers, and performed quickly and accurately. I did the same in ensuring better accuracy, moving my finger slightly in either direction to cover the sensor and reduce instances of a bad read. 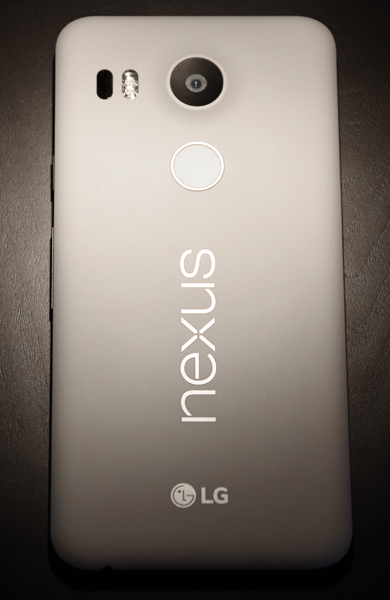 In my review of the Nexus 6P, I did lament its placement in the back, which meant it was useless when the phone was lying on its back, forcing me to input a passcode instead. Where it did work was in pulling out of a pocket. If I could angle my hand and finger to rest on the reader, I would have already gone past the lockscreen by the time I even looked at it. It sounds like a simple thing, but it’s very convenient and I got accustomed to doing it that way.

I’ve written another post about the features in Android Marshmallow, so won’t go over them in detail here, but in any event, the phone runs it very well. I noticed a bit more lag and less fluidity compared to the Nexus 6P, which is understandable with the differences between them under the hood.

The real benefit here is that the Nexus 5X is better because of the stability Marshmallow offers. When 5.0 Lollipop first rolled out last year, it offered several new features and a modified look, but at the expense of being stable, leading Google to push out updates to patch things up. This phone felt consistent to me, even if it wasn’t always exceptional.

Whether I was casting content through a Chromecast or streaming music in my car using Android Auto, the Nexus 5X never stumbled. A couple of games I was playing did crash, though I’m not certain how much of that had to do with the phone itself. Hardcore mobile gaming might be rolling the dice a little with the Nexus 5X, whereas I had no problem at all with any casual game I played, including when mirroring my screen to my TV using Chromecast.

One improvement I should note is the stereo speakers in the front. It’s not so much that they are very loud, it’s that they are clear. Not really tinny, nor muffled, this is an audio upgrade that makes it easier to enjoy watching something without headphones.

As I noted in my review of the Nexus 6P, the camera was ripe for improvement, and much the same, the Nexus 5X sports a significantly better shooter than its predecessor ever could. Using the same image sensor as the larger 6P, performance was predictable for me.

The image sensor is capable of taking in more light because the pixels are larger, leading to improved low-light and night photos. The results were obvious, and I personally found the 5X easier to hold and shoot with than the larger 6P, which has a longer body and button placement that had me accidentally pressing them when lining up a shot. 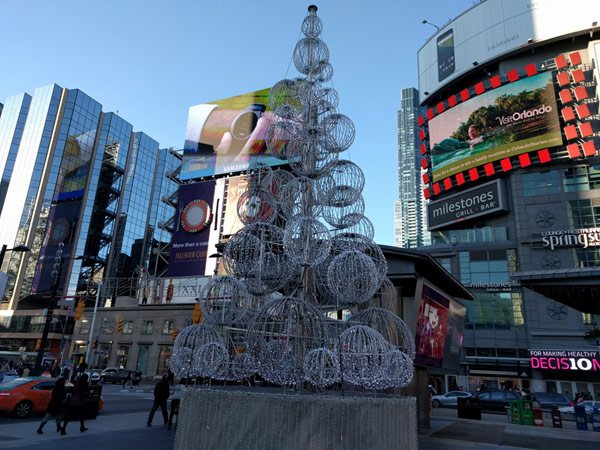 The results, however, are exactly the same. The 5X is no better, or worse, a shooter than its larger brethren is. In fact, the one omission that hits them both equally is the lack of optical image stabilization, where the lens moves enough to compensate for shakiness in your hands. Had that been included here, I reckon this may have been among the top three camera phones on the market.

This has added significance for me because I’m still not a big fan of the camera interface. The accelerometer was too sensitive, pushing me to portrait when I’m trying to go landscape. The shutter wasn’t as sensitive in the 5X, but I suspect that was also because I had learned my lesson with the 6P. HDR+ (High Dynamic Range) is nice in what it can do, except Google will have to tweak it to shorten the processing time. Same with the Lens Blur setting for snapping pics with blur effects in the background. Luckily, I could shoot more photos as those processed or else I would have waited a while to shoot again.

Smart Burst, a feature seen in the 6P, isn’t available at all on the 5X, one unique instance where the two Nexus devices don’t share the same features.

The 5X can shoot 4K video at 30fps, which is great, but it’s only good for the odd short clip. With 16GB (12GB and change with Android installed), 4K clips take up a good chunk of space, where 1GB can be reached with a clip that’s under three minutes long.

As I noted earlier, the Nexus 5X needs its own charger to fill the battery, unless you have another cable lying around that has a regular USB plug on the other end (like the 6P comes with). With the Fast Charge, I was able to get from 0%-100% in about 90 minutes, just like the 6P. That’s hard to complain about.

However, I was less impressed with the 5X’s overall battery performance. The 6P, despite using more powerful components, holds a better charge than its smaller sibling. I could manage to go a full day on one charge with moderate usage, unless I played videos and games at various times throughout the day. Doze, the power saving mode found in Marshmallow, helps stave off serious battery drain when the phone is dormant for a certain period, but doesn’t do anything when the device is active.

This isn’t to say that battery life is bad. It’s actually a notable improvement from its predecessor. I would just caution you that it’s not necessarily the best battery saver in its weight class.

Google and LG made a good team with the Nexus 5X, continuing the same design philosophy that made the original Nexus 5 such a long-standing stalwart going back to 2013. It’s not designed to wow people with its understated look and feel, it’s simply a good-looking, serviceable handset that does what it’s supposed to.

A consistently good performer and very much a serious player in the mid-range (though on the higher end of the pay scale), the Nexus 5X is worth a look if you’re looking to switch to something new. Nexus 5 owners who want a similar experience won’t be disappointed with the key improvements that set it far apart from the older model.

You can check out the Nexus 5X available at Best Buy now.