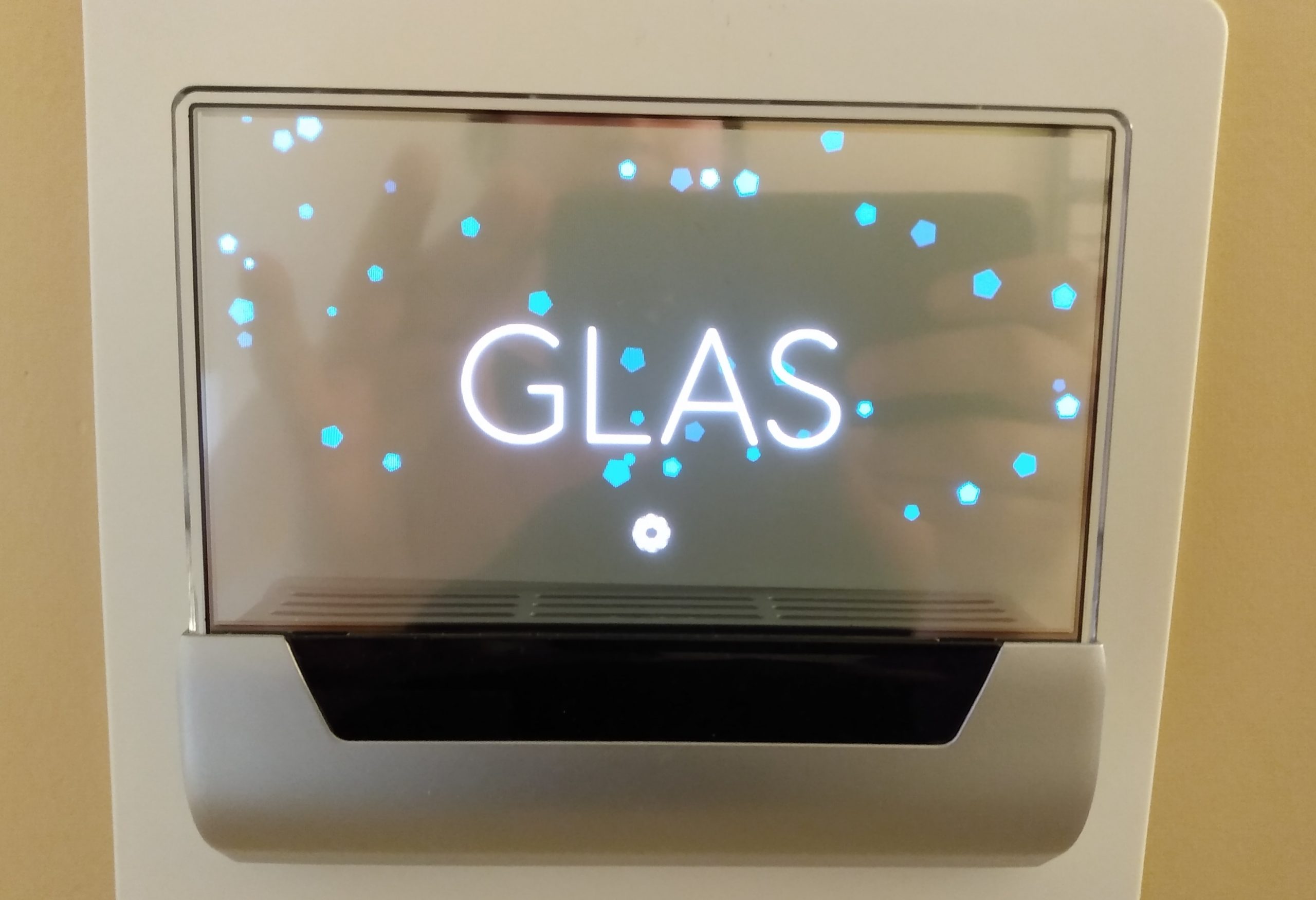 I’ve learned a lot during my time as a homeowner … of a 46-year-old home, to be specific. I’ve learned that behind every piece of original equipment lies a home repair mystery. Was it installed correctly? Is that supposed to be there? How does this work? And the mysteries intensify if the component was installed by an enthusiastic but inexperienced former owner who liked to improvise. So, the idea of replacing my old thermostat with one built in this millennium was daunting. It sounded like a simple job, but none of my home improvement projects have been as simple as I assumed they would be. Nonetheless, I was excited to get rid of the thermostat I suspected of barely functioning, and replace it with the Johnson Controls GLAS smart thermostat. I’ll discuss the installation and my impressions of this smart home device.

About my HVAC system

The GLAS smart thermostat is compatible with a wide range of possible heating and cooling combinations. My specific system is a gas-powered forced-air furnace for heating, and a central air conditioner for cooling.

About the GLAS thermostat 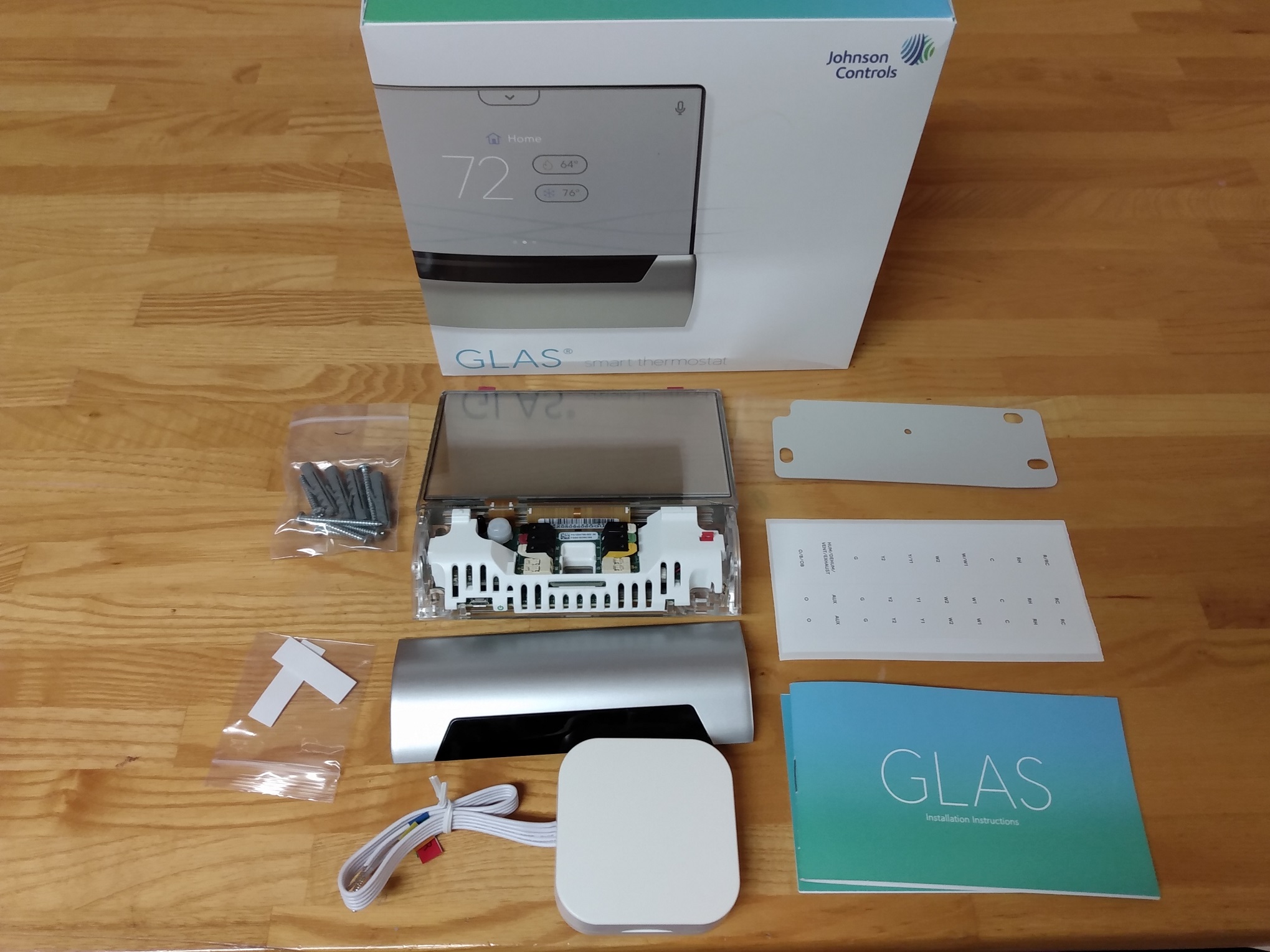 You get the sense that Johnson Controls (the creators of the GLAS) are very determined to have your thermostat installation go well. In addition to the thermostat itself, you will find a sheet of labels for the various possible wiring situations your home heating, ventilation, and air conditioning (HVAC) system may have. The installation manual is both simple and detailed. They include a wall plate that you can choose to use if you don’t want to bother covering up the paint gaps left by your old thermostat. Also in the box is a wiring adapter.

The GLAS thermostat measures the relative humidity, total volatile organic compound (tVOC) levels, and equivalent Carbon Dioxide (eCO2) levels inside your home. It uses those metrics to determine when your furnace fan should turn on to circulate the air inside your home. The GLAS also gathers information like pollen count and UV index via the Internet and reports the data as outdoor air quality.

You can also set a reminder for replacing your air filters and scheduling annual maintenance. I was very happy to have the fan automated. With my old thermostat, I would just turn the fan on and leave it running for most of the day. Not very efficient.

Honestly, this feature alone makes the GLAS worth installing. There is no learning curve or frustrating navigation issues when using the touchscreen. The only drawback with this touchscreen is the one all touchscreens have: fingerprints from greasy slobs who should have washed their hands before tinkering with the settings. I learned my lesson, and I washed my hands.

The GLAS thermostat can connect to your existing Google or Amazon smart home setup, giving you the power to shout for cooler air. And shout I did! The GLAS was easy to control from my couch with only the power of my voice.

In case you don’t have a smart home setup, or you don’t like shouting about room temperature, you can use the GLAS App to fully control the thermostat from your mobile device. I could change each and every setting using the app, and it is cleanly designed and easy to understand.

The GLAS thermostat keeps track of when you’re at home, and when you’re away, based on the information you give it about your normal routines. It then adapts the heating and cooling schedule accordingly. This was a bit harder to test since my family is almost always “home” right now. But it worked well, changing the set cooling times and temperatures to match our schedules.

I left the app installation to the end of the process, and I regret doing that. I had assumed the app would only be useful after the hardware was installed. In fact, the app launches with the detailed installation instructions displayed. It walks you through the steps and prompts you to take the photos of the existing wiring before you make any wiring changes. I very much recommend installing the app before you install the hardware. It simplifies the whole process.

Before fully disconnecting the old thermostat or changing the wiring at the furnace circuit board, GLAS recommends taking a photo of the existing wire layout. I heartily endorse this step. I discovered that the previous installer had needed to add length to the thermostat wires, and they had accomplished that by adding a second length of wire that did not use the same colour scheme for the wires as the existing one. Blue became white, yellow became green. The photos helped me decipher the cryptic colours. 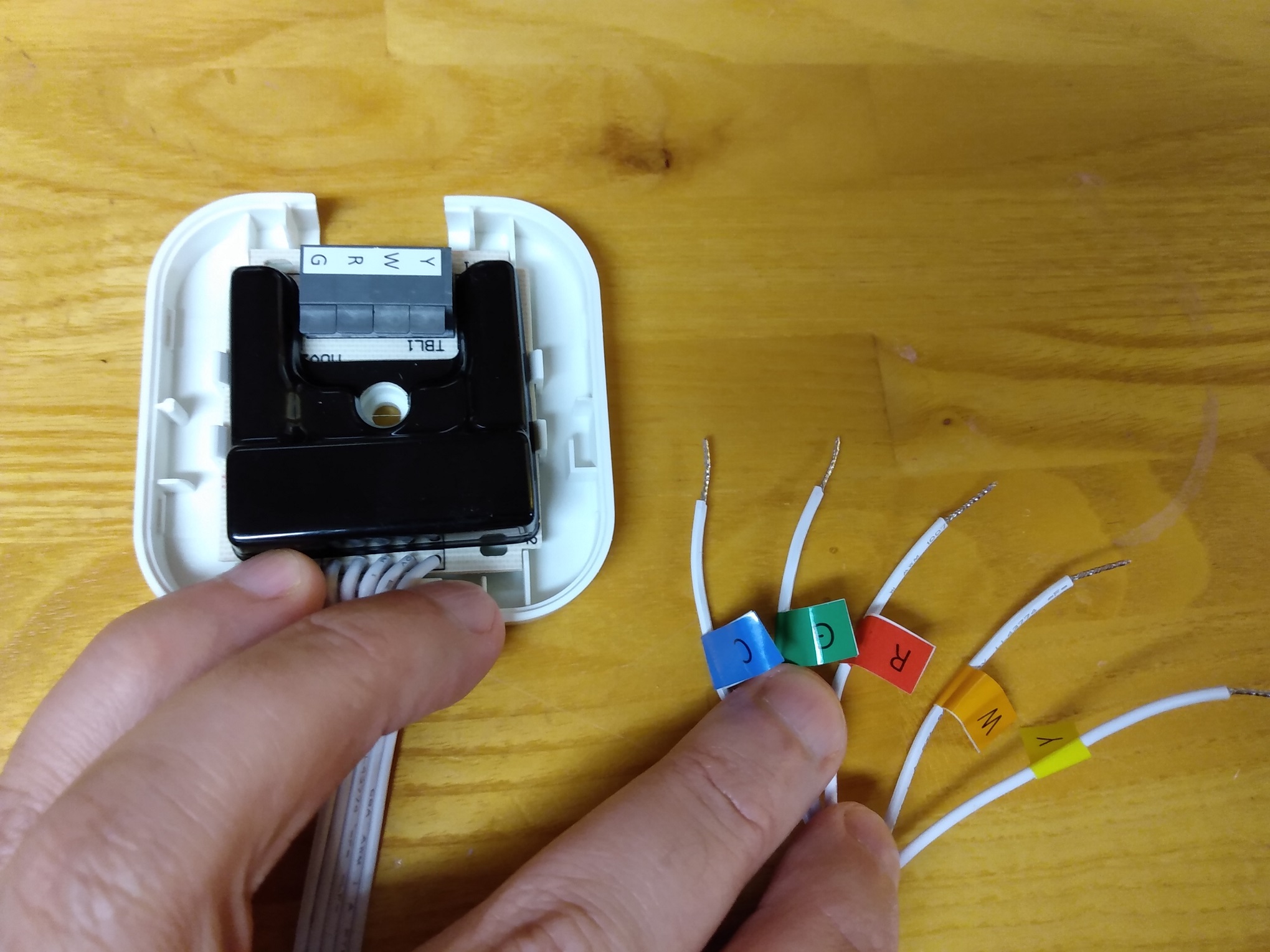 Installing the c-wire adapter to the furnace circuit board was the stage I was most anxious about. The c wire allows the device wired to it to constantly receive power. In old thermostats like mine, there was no need for continual power. For smart thermostats like the GLAS, continual power is necessary. Since there was no c wire connection between the furnace circuit board and the old thermostat, I needed to install the included c wire adapter.

Despite the numerous wires—and the existing rat’s nest of wires connected to the circuit board, the adapted installation was simple and almost perfect. The only thing that went wrong was my own fault. I learned that the statement “that old wire doesn’t look like it’s connected to or doing anything important” can be very wrong. Once I reconnected the “unimportant” wire (also known as the air conditioner contactor coil power supply), everything worked as planned.

Setting up the GLAS smart thermostat

Once again, the GLAS exceeded my expectations for clear instructions and simple steps. Each stage of the setup process is easy to understand. It confirms that the wiring it detects is configured the way you meant to configure it. Then it proceeds to a component by component test. It was the air conditioner test that revealed my earlier mistake.

After confirming that the thermostat was correctly able to control the furnace and air conditioner, I moved on with the setup. I gave my thermostat a name. It’s called “George”, if you were wondering. Connecting to my network via Wi-Fi was quick and painless, as was setting basic day and night temperatures.

Setting up the mobile app

Connecting the mobile app to the GLAS smart thermostat was a two-step process of creating an account in the app and then entering the activation key generated by the thermostat. I had expected it to be more complex than this, to be honest, but I am a bit of a pessimist. I was able to adjust each and every setting of the thermostat through the app. The design of the app is well thought out, providing a very good user experience.

Support for the GLAS smart thermostat

I want to highlight the excellent support documentation provided for the GLAS smart thermostat. I’ve already mentioned the printed instructions and the digital version incorporated into the mobile app. I appreciated that they took the time to explain the function of each wire and the definitions for terms used in the instruction manual. In addition to that, there are short and effective video tutorials on the GLAS website, as well as a thorough FAQ section. They are explicit about their data collection and privacy standards, which is increasingly important in this age of the Internet of Things.

My old thermostat was terrible. I don’t want to hurt its feelings, but I need to be honest about how things used to be. The labels were rubbed off, the temperature lever was stuck, and I had to manually adjust the temperature several times a day. In contrast, my new GLAS smart thermostat is a dream come true.

The house is now efficiently cool. I don’t need to leave the furnace fan running all day (because the GLAS keeps track of the air quality and turns the fan on when we need to freshen the air up a little). And I can make the few adjustments I might need to make from the comfort of my chair. It’s rare to buy a device that is so easy to use and so well supported.

If you’re looking for a smart thermostat, I highly recommend the GLAS. To do some comparison shopping, head over to the smart thermostat section and look at your options. And stay comfortable!