A lot of families have holiday movie traditions. Maybe you like to sit down with a big bowl of popcorn (to make popcorn garlands, with of course) and watch Elf or Christmas Vacation. Or maybe you are more of a Die Hard family (that’s our house!). Whatever your movie tradition, having the right television makes all the difference. That’s why my editor’s pick for the 12 Days of Christmas is a Samsung 8K TV.

Now that we’re spending so much of the holidays together indoors, why not start a new tradition of watching holiday movies on the highest resolution TV on the market, a Samsung QLED 8K television? A brand new TV would also make the ultimate gift this holiday season, so for that reason, we’ve made it part of our 12 Days of Christmas picks (Day 1 is the Google Pixel 4a).

What makes a Samsung 8K special?

8K televisions are the highest resolution TVs on the market, and Samsung is considered one of the best. Samsung uses QLED, or Quantum Light-Emitting Diode, technology. QLED televisions can produce more vibrant and accurate colors, and – because they don’t rely on the same color control technology as OLED televisions – can create richer blacks.

Television resolution is the number of pixels embedded in the screen. The more pixels, the more detail you can achieve and an 8K television has twice as many pixels as a 4K television, which has been the new standard for the last several years. While there is not a lot of content shot specifically for 8K viewing (yet), an 8K QLED television will give you the rich, crisp and vibrant viewing experience of your dreams, and some have the ability to upscale lower resolution images, making them look even better.

While there are not a lot of movies available in 8K yet, some upcoming television shows are being shot in 8K. Have a gamer in the house? Some games are made in 8K, which would be absolutely perfect on a massive Samsung QLED television.

A Samsung 8K TV also has Ambient Mode, which turns the TV into a work of art while it’s not showing videos.

Which Samsung 8K should I choose?

For 2020 Samsung has released three new 8K models, all offering the very best of resolution; there’s the Samsung Q800, Samsung Q950, and the Samsung Q900. All of these models have Bluetooth compatibility, four HDMI connections, the Quantum Processor 8K for fast image display, and all are smart televisions with the ability to utilize a wide variety of streaming services and apps. The key differences are going to be in the depth of the product, with the Q950TS being a razor thin six tenths of an inch.

They are all terrific options, and come in a range of sizes from 55 inches, all the way up to 85 inches. Pick the right one based on your room, needs and budget.

A Samsung 8K QLED television would make a fabulous family gift. Now that we’re spending all this time at home, and probably watching more shows and movies than ever, it is the perfect time to upgrade your TV. A Samsung 8K TV is great for gaming, video chats with family and friends, playing music, screen mirroring for work or school, or even surfing the web. Perhaps a new television will be the perfect way for the family to celebrate holidays while remaining socially distant.

Read about the other 12 days of Christmas gifts for this season. 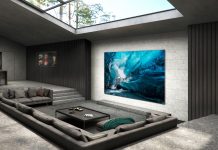 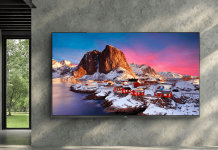 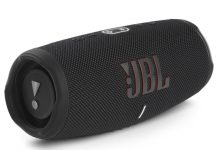