Not every smartphone has to break the bank, and there are mid-range handsets capable of offering plenty of features and performance.

Before you settle on the smartphone you think is the best fit, there’s plenty to consider, given how important a purchase it is for any student. Beyond the obvious Android or iOS comparisons, or considering screen size and battery life, there are some key takeaways to think about.

The phones listed here are among the best available in their class. Choosing between them may not be easy, but there’s not really a bad choice in the mix.

This is one of the most compelling choices because of how much it resembles the flagship model it’s based on. Some of the key differences include the Pixel 3a having a headphone jack, a slightly larger screen and one front camera (not two). This model has no wireless charging, nor any water-resistance, so keep that in mind. Otherwise, they look and feel very similar.

The Pixel 3a won’t be able to fully match the processing power and performance of its flagship sibling, but still carries its own weight well. The purer version of Android is one of its unsung features, especially with three years of software updates to look forward to.

Camera performance is arguably the best in its class, taking almost everything from the flagship side. Key modes, like Night Sight, Top Shot and Portrait, are readily available to use, with results belying the phone’s mid-range status. Touching the screen feels responsive with the built-in haptic feedback, as is the fingerprint sensor. Battery life also maintains a steady clip for power consumption.

If you want to learn more about the Google Pixel 3a, you can check out the full review right here on the Best Buy Blog.

The Galaxy A50 was part of a trio of mid-range handsets Samsung launched earlier in the summer, and of the three, the A50 is probably the best overall value. It’s in the middle of the three—a compromise device that offers plenty of features and provides solid battery life.

The large 6.4-inch Super AMOLED display may not be the best Samsung has to offer, but it’s still vibrant and colourful. Samsung built the phone’s body using plastic that resembles glass, yet still maintained a premium look to it. It’s a mid-range phone that could pass for something premium, and the back has an iridescent glow to it, depending on how you hold it in the light.

It has 64GB of internal storage (49GB is what’s actually usable), with the option to expand that further via a microSD card. The processor and RAM inside allow you to play casual games and get things done. Same with social media, messaging and browsing.

The camera borrows heavily from the Galaxy S10, but don’t expect the same calibre of photos with every shot. While capable in ideal settings, the Galaxy A50 won’t be able to match what its flagship counterpart can deliver. As long as you’re okay with decent photography and multiple lenses, you should be fine.

You can learn more about the Galaxy A50 by checking out the full review right here on the Best Buy Blog.

This phone truly skirts the line of being “affordable” but has also arguably been the most popular iPhone model of the last 12 months. Unlike the more premium iPhone XS and XS Max, the iPhone XR smartphone dials things back to warrant a lower cost, though it’s proven to be a worthy alternative.

Punctuating it all is the 6.1-inch Liquid Retina display, which is actually the largest screen on an iPhone outside of the XS Max, which has a 6.5-inch display. If you were considering an iPhone 8 Plus, bear in mind that the XR is actually shorter and slimmer. The reason why is because the 8 Plus retains the home button and larger bezel around the earpiece.

Many of the same features stick around in the XR too. Face ID is one, along with wireless charging, water-resistance and the A12 Bionic processor. There’s only one camera, courtesy of the 12-megapixel wide-angle in the rear, though you can use it to take portrait photos with bokeh effects to blur the background.

Spec-for-spec, this may be the best iPhone available when considering the various factors around it. It’s highly functional, well-designed and offers the same iOS experience you would get on a more premium model. Plus, battery life is good.

Huawei has received accolades for the camera performance in its latest smartphones, most of which are focused on the premium models. The P30 Lite does make several compromises, but does hold up fairly well because of some key features.

The camera is one of the biggest, given it has three lenses in the rear, led by the 48-megapixel primary image sensor. There’s even a depth sensor and ultra-wide angle camera to work with, and the software includes much of what Huawei already has in the P30 Pro. For a mid-range smartphone, the P30 Lite proves to be one of the best cameras available.

The smartphone otherwise holds up well, with decent battery life and smooth performance, even if the software could use better optimization. There’s 128GB of internal storage with microSD card expansion, plus a competent processor capable of handling most tasks.

There are a few other handsets you can keep in mind as you look for the right affordable phone to go with. If unlocked and highly functional is what you’re looking for, the Zenfone 5Q covers both of those boxes. It has a large 6-inch display, decent specs and a user-friendly camera. The one thing to consider is that it uses an older version of Android. This is a phone you consider if you are on a tight budget.

Another is the LG G7 One, a smartphone that falls under the Android One program, which basically means it runs a mostly pure version of Android. You can see the full review of that model to gauge whether it suits what you’re looking for. And finally, there’s the BlackBerry Key2, if you have a preference for a physical keyboard with a focus on security.

If you have something a little different in mind, you could take a look at the best smartphones available, or browse through the full list yourself. 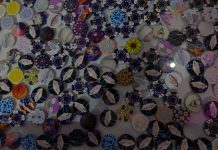 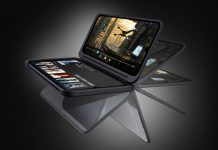